At this year’s Future Decoded show, I presented a couple of sessions with my colleague Pete around Windows Mixed Reality.

Neither of these were ‘official’ in the sense that Pete and I don’t work on the HoloLens or Mixed Reality teams at Microsoft and we aren’t even on the same continent and so you should always go check the official developer site;

for everything ‘official’ and always refer back to that in case of any doubt.

With the first of these sessions our intention was to provide a list of topics/resources that we’d want to know about if we were starting in Mixed Reality development today. We’ve since screen-captured that session and you can find the video of it below. Apologies on the audio, it’s a little “flat” which comes from recording straight into a PC with a cheap microphone.

In terms of the slides that we made/used for that session – they are downloadable in PDF form from here.

The intention of the second session was to make some of what we’d shown in the first session “come to life” by putting together some rough pieces in Unity with the Mixed Reality Toolkit (MRTK) and the Mixed Reality Design Labs (MRDL) and we’ve screen-captured that session also and it’s available below;

The sharp-eyed amongst you might notice that the video jumps between 1620 and 1920 vertical resolution, apologies for that – we’re aware of it.

As you’ll hear in the session, we worked from a slightly strange starting point because the MRTK and the MRDL were in the process of ‘coming together’ at the time that we made the session.

Since the session, that work has progressed and so we would start from a different place today than we did when we put the session together. See this pull request for the gory/glory details

and expect that there is more work to be done to bring some more of the MRDL goodness (e.g. bounding box) into the MRTK.

At this year’s Future Decoded event in a couple of weeks I will be speaking with the half-man-half-sofware-legend that is Andy Wigley on the topics of developing for Windows 10 and the UWP in the Anniversary Edition (1607) of Windows.

We’ll be looking at lots of areas that are new/changed in Anniversary Edition over and above what was present in earlier versions. This adds up to 3 afternoon breakout sessions making for 3 hours of UWP and Windows 10 development at Future Decoded.

We’d love to see you there, click the banner below to register (it’s free);

We look forward to seeing people there on the day and I’ve pasted the abstract descriptions for the sessions below; 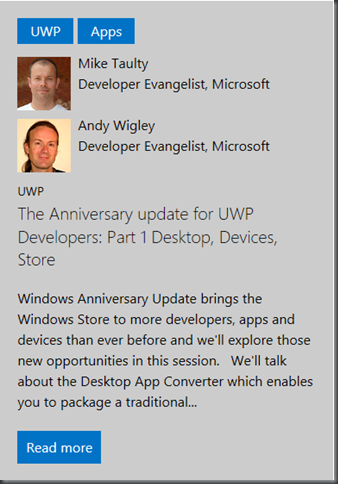 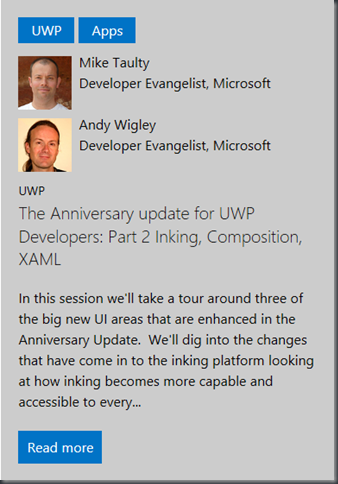 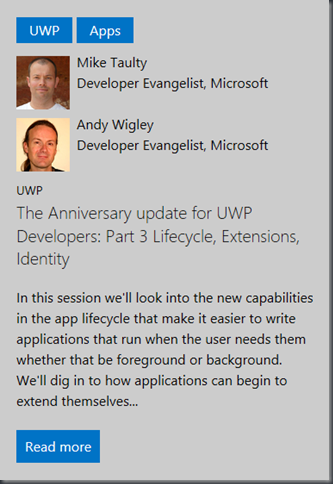 Just a pointer to some links for upcoming events around Azure/Web;