With a big conference like this, I always watch the keynotes and then I typically make a few folders on my disk;

and I download as many videos as I can into that queue folder and then watch them and, once watched, I partition them across into one of the other 3 folders for future reference. It’s worth saying that ‘other’ category is often a reflection of whether I think the session is of use to me rather than a reflection on a talk.

I do generally download the videos because I can then watch them when travelling and so on and also because I usually watch them at 1.4x speed or similar.

This month’s meetup at the Windows Apps London group;

is all about going ‘back to basics’ and talking a little about what Visual Studio can do for app developers.

As part of that, I’m giving a short talk to try and pass on some ‘tips’ for debugging, mainly staying within the realm of .NET code for Windows/Phone apps.

I’ve written blog posts before about debugging and made a bunch of videos back in 2005 around Visual Studio 2005 which still (mostly) seem to stand the test of time so I’ll link to those here;

spanning across Visual Studio and WinDbg – around 70 or so posts it would seem have the word ‘debugging’ somewhere in there.

In fact, my intention at the session is to let the audience dictate which topics they want to talk about because (as always) I made over an hour’s worth of material for a session that perhaps lasts 30-40 minutes.

Given that I’ve put these 16 videos together, I thought I’d share them here and, again, in no particular order.

Make Sure You Have PDBs

The Threads Window is Your Friend

The Tasks Window is Your Friend

The Modules Windows is Also Your Friend

Run My App But Don’t Launch It

Crash Dumps Can Be Useful

I spent some time talking today at the UK “TechDays Online” event along with my colleague Martin Beeby on the topic of “multi-platform apps with Visual Studio”. 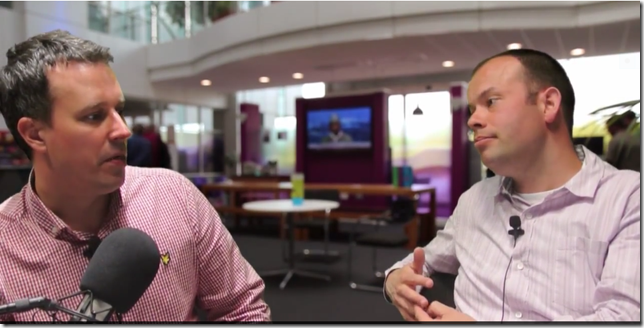 We talked around 3 areas;

For the C++ part of that session, I showed a demo of a simple part-built application put together in Visual Studio 2015 Preview using C#, .NET and Xamarin with quite a lot of shared code between Windows Phone 8.1 and Android and I thought I’d share the video walkthrough of that demo here;

and the code that I was using is here for download.

I hope you enjoyed the day if you attended over the web!