I hadn’t realised until very recently that as part of the Windows 10 April 2018 Update it was now possible to have apps and/or websites add models to the ‘shell’ in Windows Mixed Reality whether on HoloLens or on an immersive headset.

The details are given in the document up here;

Enable placement of 3D models in the mixed reality home

and I wanted to try it out at least at the most basic level and so I went off and ran Paint3D and found myself a nice low-poly model of a tortoise; 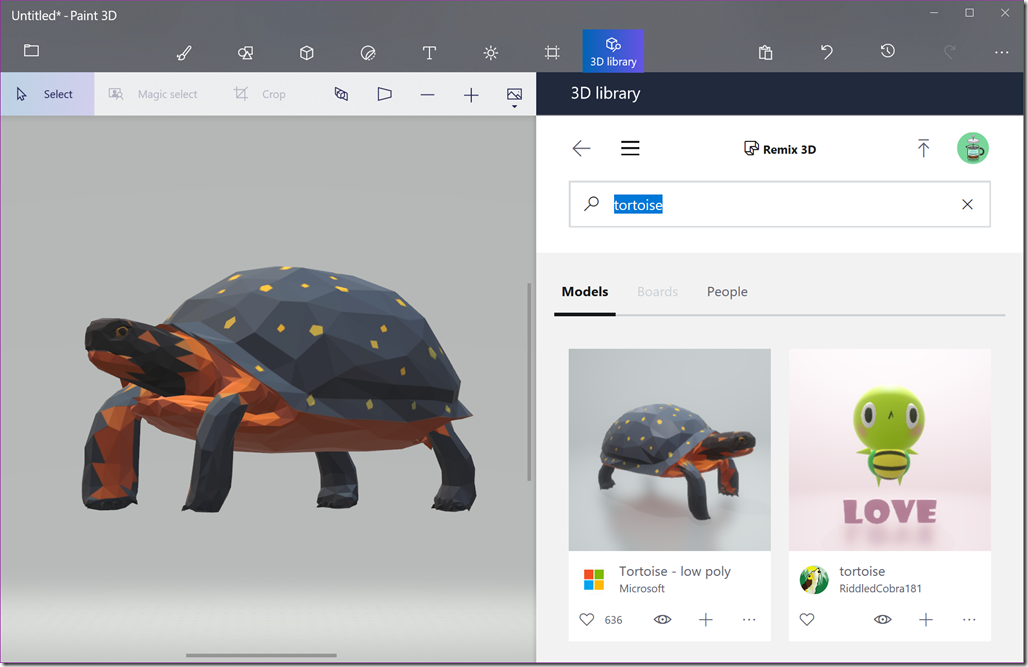 and then I exported that model as a .GLB file; 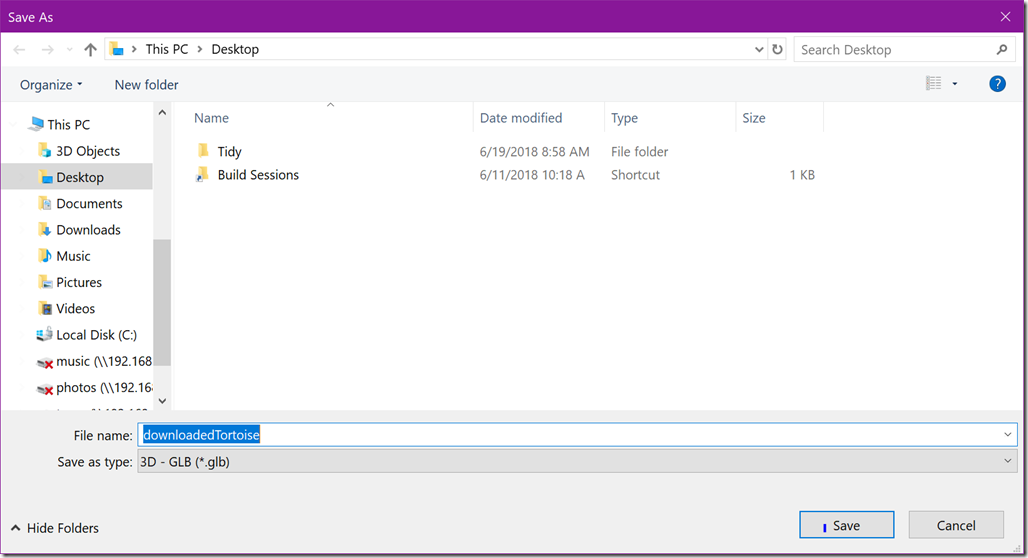 and then there are a whole bunch of requirements about how these models are to be produced in order to be compatible with the ‘shell’ in Mixed Reality which you can find here;

Create 3D models for use in the home

but, given that I’m working in Paint3D here, I didn’t want to get into a tonne of details so all I did was to run it through the supplied converter tool; 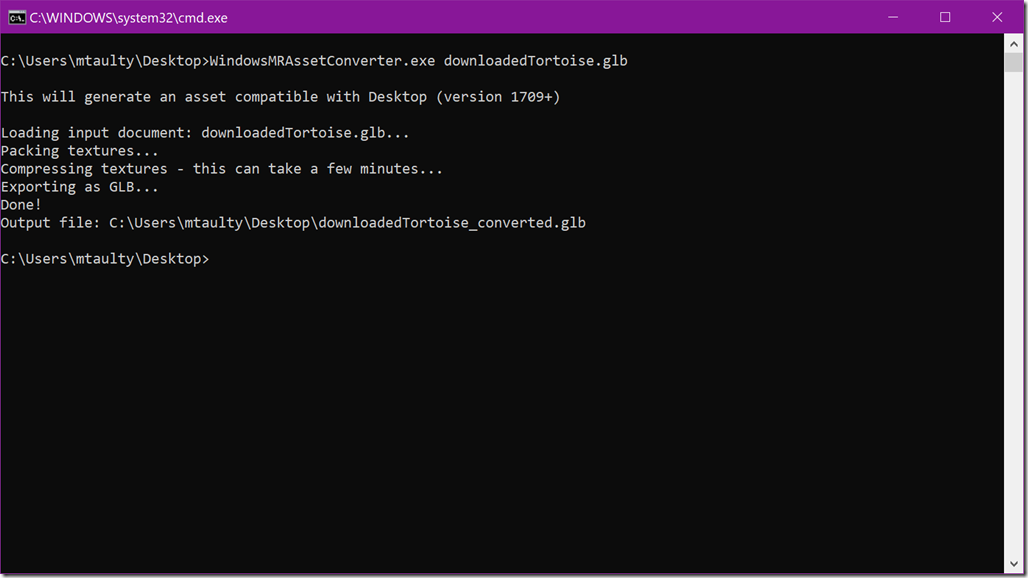 and that gave me a new GLB file which I uploaded to a web server along with an HTML page with an image contained within it, here it is viewed in the browser below; 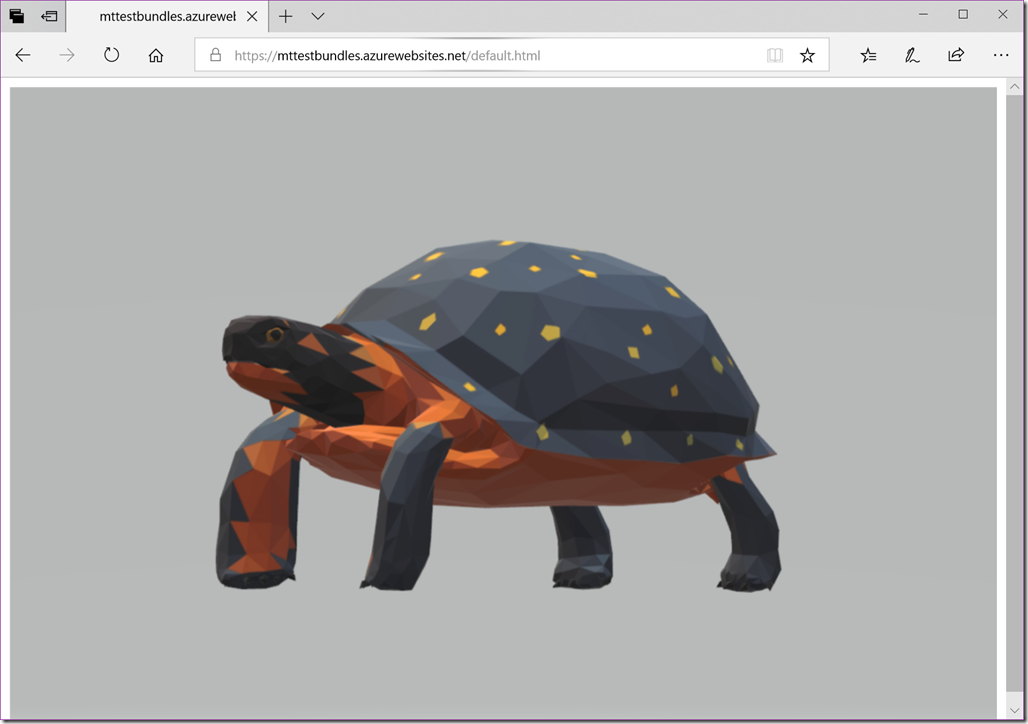 which then let me open that up in a browser on my HoloLens; 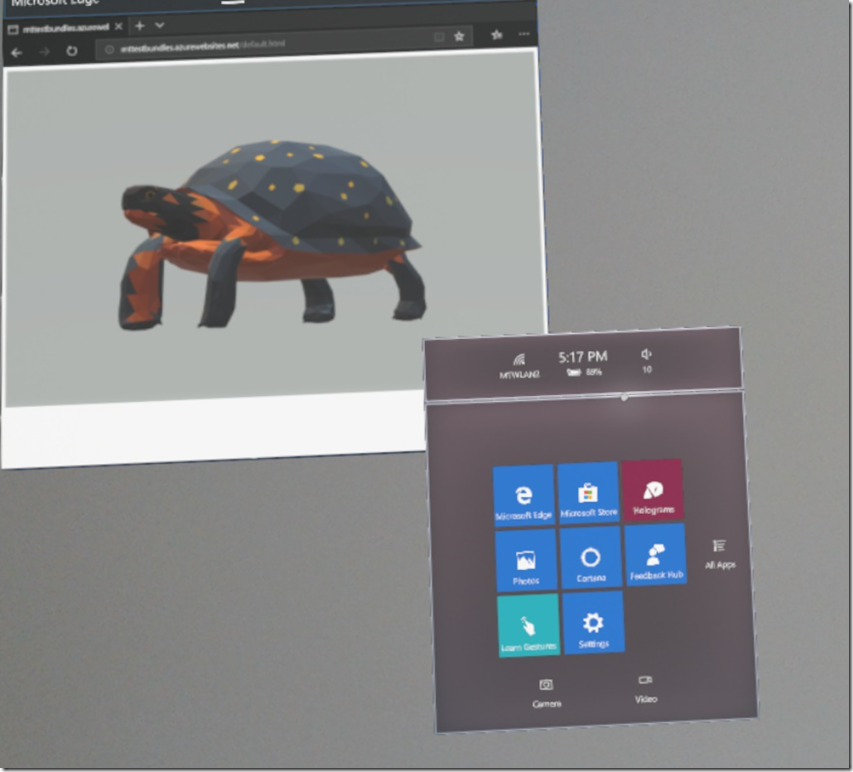 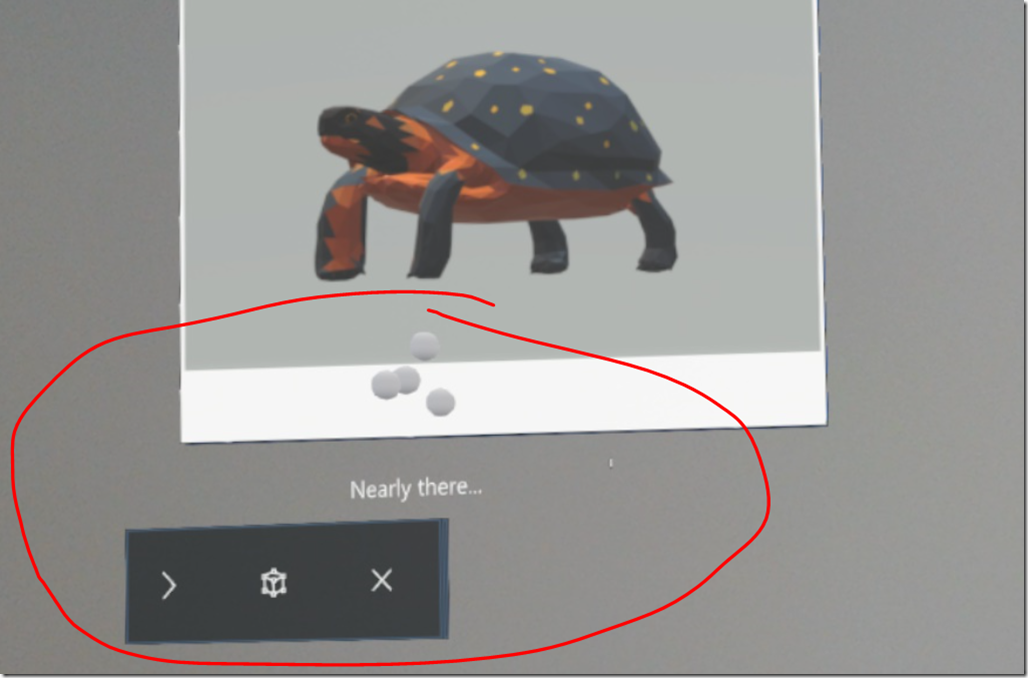 and then I have the 3D model living inside of the shell/home environment; 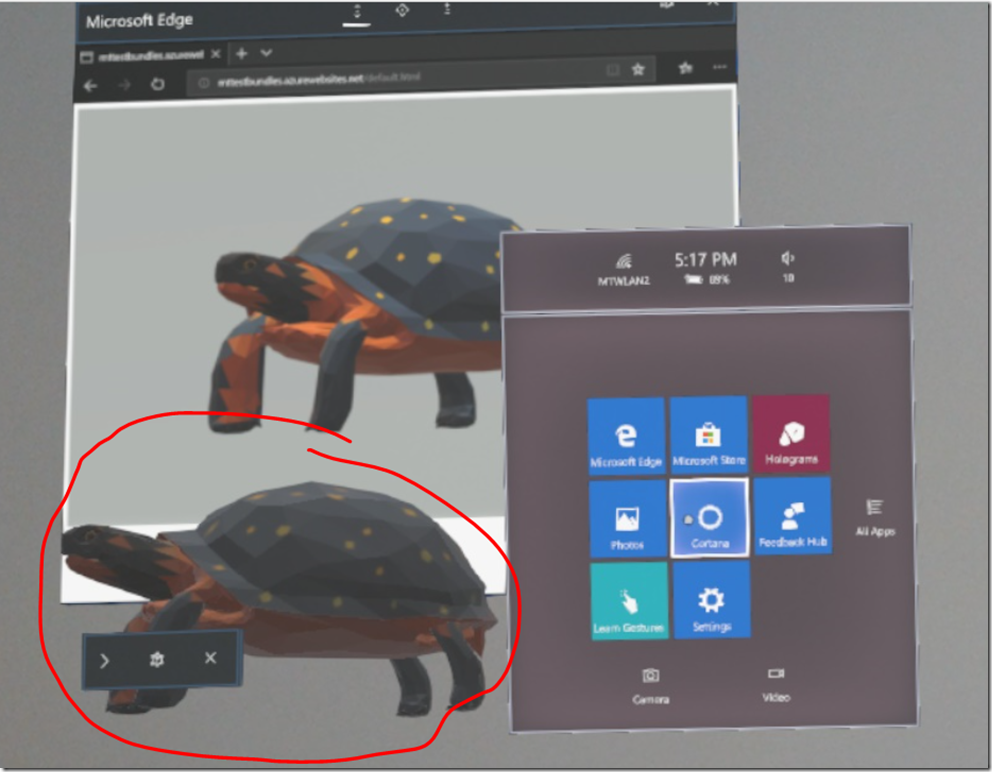 and the key piece that makes it work is the URI scheme of the hyperlink;

and that works from websites and from apps running on the device – i.e. a UWP app can invoke this ms-mixedreality:addModel scheme in order to add models into the ‘shell’ which seems to suggest that it’s possible to replicate what the ‘Holograms’ app does.

In the picture below, I used the ‘Holograms’ app to insert the famous ballerina into the scene and placed her dancing on the back of the tortoise that came from my website (or app); 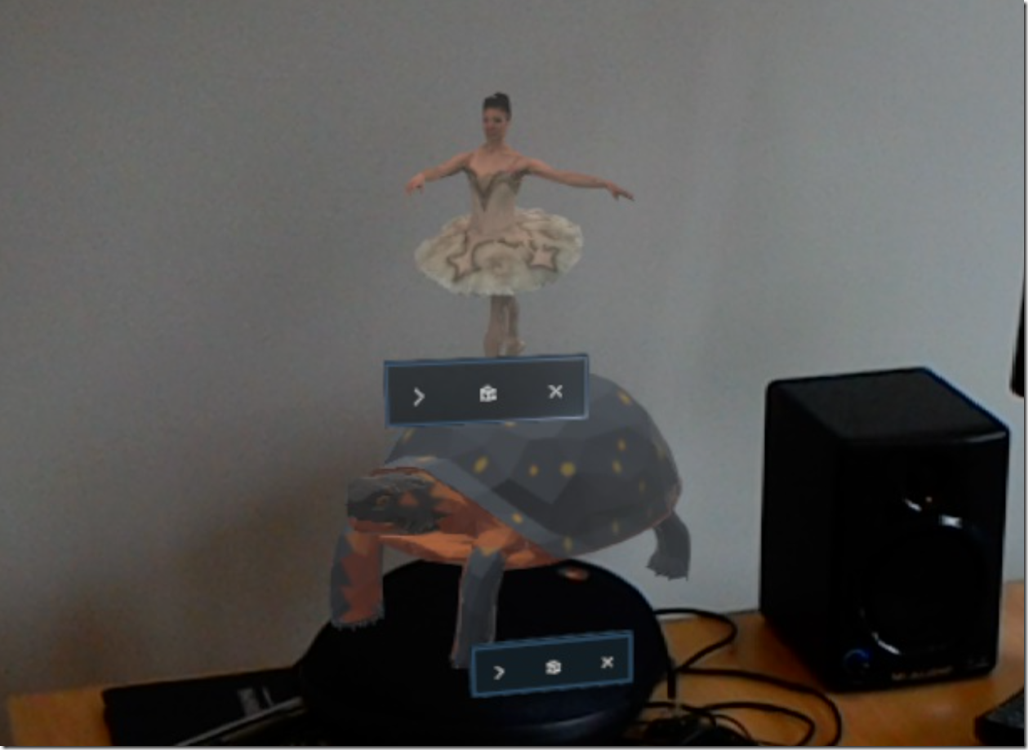