Just a small update to a recent post where I used the sharing service from the Mixed Reality Toolkit in order to experiment with the idea of creating a common co-ordinate system between an app running on an immersive Mixed Reality headset and the same app running on the holographic HoloLens headset.

As part of that, I had the immersive headset broadcast its position to the  HoloLens such that the HoloLens could track it as it moved around.

It seemed obvious that this should also work in the other direction – i.e. the HoloLens could also broadcast its position such that the immersive headset could track it as it moved around and so I’ve modified the code to make that change.

The code is where it was previously, it’s quite rough but quite good fun 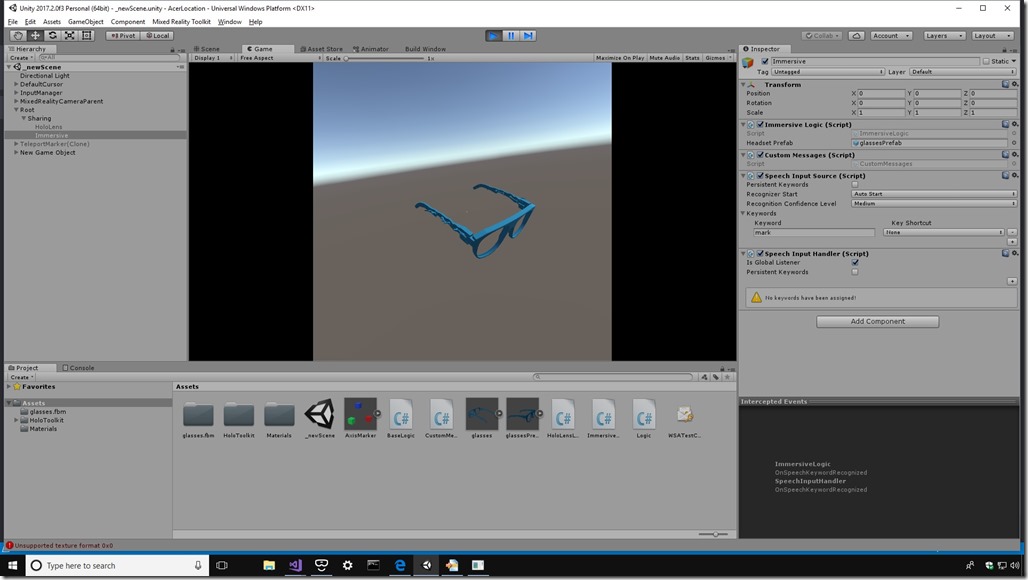