Just a short post. I’ve been playing with a situation recently where I needed to get an IP address into a holographic app. There’s lots of different ways that you might do this depending on how frequently the IP address might change;

and I’m sure there’s many more but today I thought I’d experiment with what seemed like a fairly natural idea – when I want to give another person an IP address, I usually write it onto a piece of paper and hand it to them or pin it up on the wall.

So, why not with the device?

Because I already have some code which runs on HoloLens and scans for QR codes (see this blog post and accompanying github) it felt like it would be very little effort to change the QR code scanning that happens in that blog post into some “IP Address” OCR recognition and see how well or badly that works out.

Here’s an example of how well/badly it worked out – I think it works quite well but it’s fair to say that I haven’t managed to get it to work with handwriting although that doesn’t surprise me as I’ve never found the OCR engine in UWP to process handwriting and maybe it’s not meant to so I’m not being critical of it when I say that.

Note – it’s “a bit tricky” to record an app on the HoloLens that is actively taking over the webcam so I’m having to show this with static images; 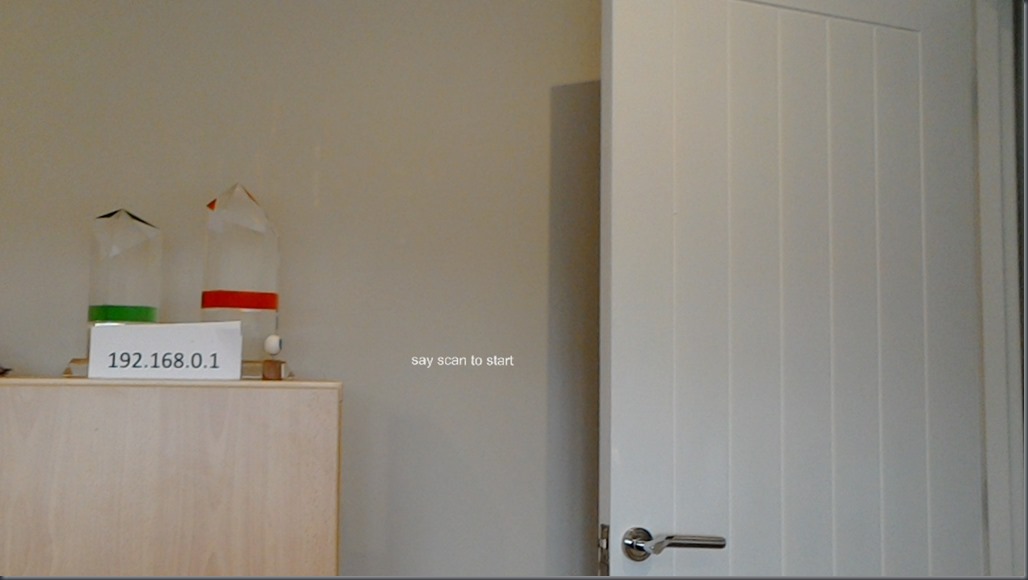 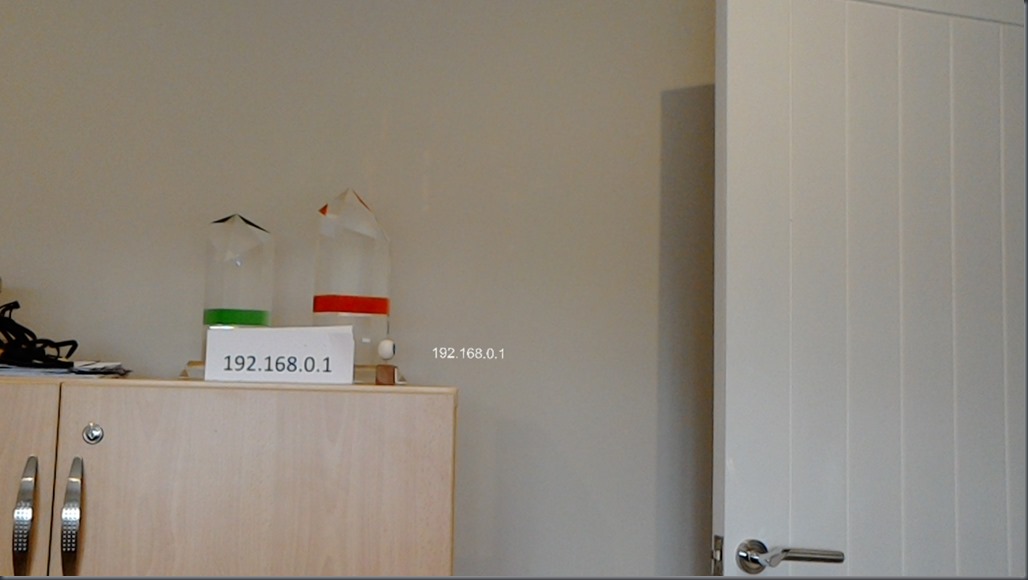 but it feels like a scan of an IP address like that can be done in about 1-2s once the camera has a view of it although, naturally, it’s possible for the camera to get a partial view such as 2.168.0.1 for the above address so a re-scan might be necessary in some circumstances.

In terms of the code here, I simply did some minimal changes to what I already had around QR code processing in that I removed the ZXing library from my project and then changed the public interface so that it looks as it does in the code below and clearly I should do something about renaming the namespace here but this call says “Hey, find me an IP address from the first camera on the system or timeout after 30s”;

and it gives me back an IPAddress instance. In my underlying library, I replaced the QR code frame scanner with a (basic!) IP address frame scanner;

and that all seems to work reasonably well.

The code for this (the library and the 2D XAML test app) is here if anyone wants to play with it.