It’s testament to my fairly newbie status with Unity that I’m writing this post but I thought I’d jot it down regardless as I’ve been doing bits and pieces with Unity for holographic apps in the past few weeks and I keep coming back to the incredibly simple topic of;

“Ok, how do I add a reference to a library that makes calls into UWP APIs?”

Unity turns out to have an elegant approach to this which involves writing plugins as discussed in the docs over here;

and that includes options for code that can have the same ‘shape’ but different implementations across different players and even a different implementation for Unity’s editor so that the code can appear to be used in the editor when, in reality, different code is brought in at runtime. It reminds me a little of the plugin approach that I’ve seen in the MvvmCross framework and others.

My (newbie) recipe for setting that up is as below (using Visual Studio 2015 Update 3 and Unity 5.4.0f3-HTP). Note that in my case this has always been done as part of making a holographic app but I don’t think there’s anything specifically about holographic apps here.

I called mine “MyGreatClassLibrary” as below; 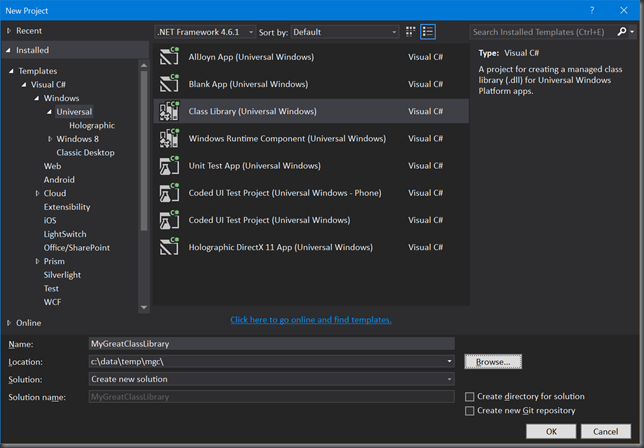 I wrote what seemed like a fairly minimal thing;

Mine was 3D and I made it as below; 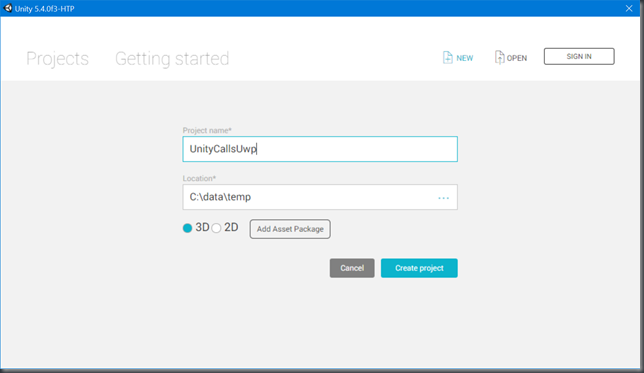 I made a very simple scene with a 3D cube in it and I changed a few properties about the camera that Unity puts into the scene (i.e. the location, the clear flags, the near clipping plane).

I’m not 100% sure on this but I made a Plugins folder and I dropped my (debug) assembly into it;

6. Set Properties on the UWP Library

I switched some properties on the Inspector for the library; 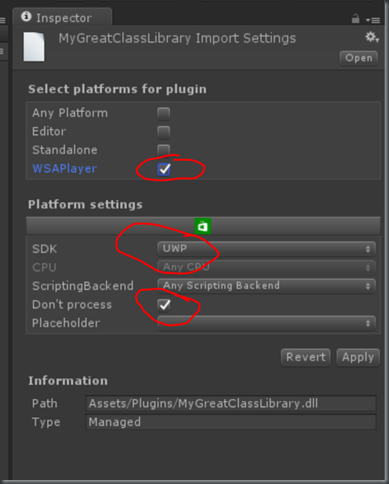 I think the “don’t process” part isn’t necessary here but I think it’s ok for my particular library based on what I read in the docs.

I attached a new script to my Cube and wrote some code as below;

8. Set up the Build Settings

I only changed what I thought was a minimal set of pieces here; 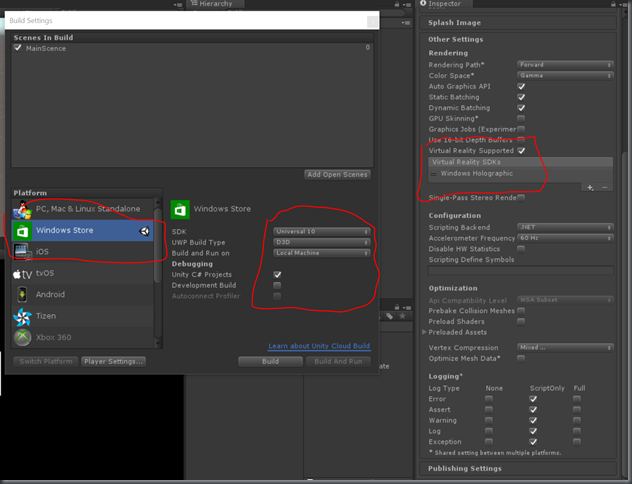 9. Build from Unity, Open in Visual Studio, Debug on Emulator/Device

And I see my UWP code running as I’d expect it to; 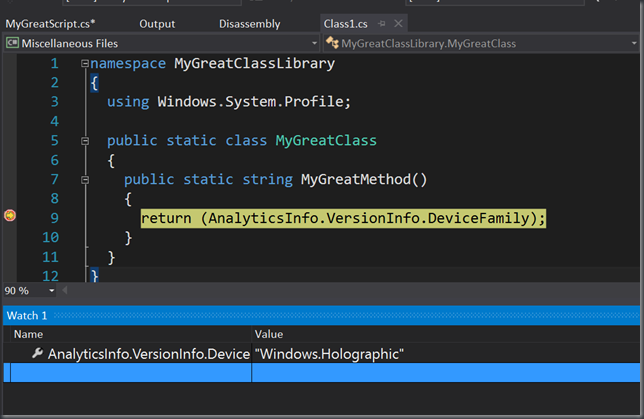 Although I’d admit that I haven’t given a lot of thought to symbols here and I didn’t specify a debug build in my Unity settings.

That’s it – I can now do the equivalent of ‘Add Reference’ in Unity and, of course, feel free to feedback and tell me there’s a much easier way of doing it!