A few weeks ago, I wrote a hands-on-lab for one of the shows that we were attending in the UK and I thought that I’d share it here in case;

The idea of the lab was to provide people who may be starting from scratch with a quick introduction that showed it wasn’t too hard to make use of technologies such as;

on Windows 10 with the UWP and it’s based on experiments found in other posts on this blog site.

The idea for the lab is to build an “Automatic Photo Booth” which does not turn on until it sees a human face; 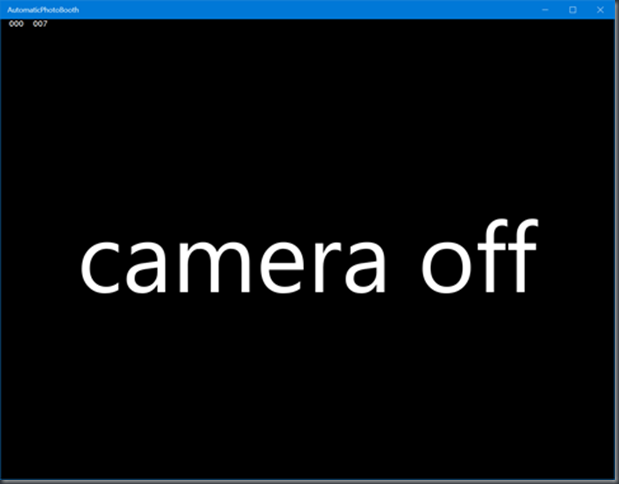 and which then snaps a photo when the person in front of the camera says “CHEESE!” (exclamation mark not needed

The user can then add a comment with ink to the photo that they’ve snapped and it’ll be recognised, turned into text and the whole photo can then be saved to a file; 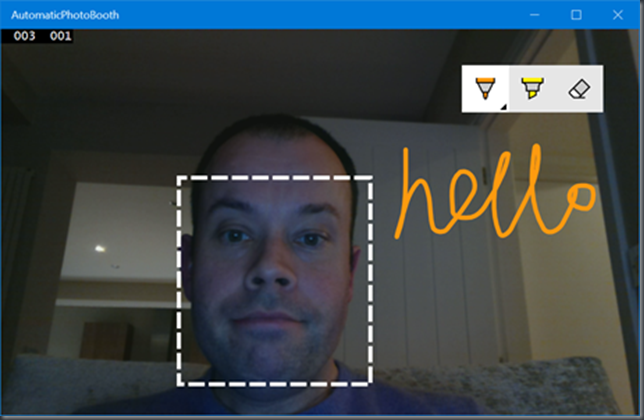 There’s also a little piece to control the formatting of the ink with the Ink Toolbar control.

To make things easier for the person running through the lab, I provided a control which took away most of the leg-work in gathering images from the default camera on the machine so that they could focus on the more interesting bits of the implementation.

It’s a simple thing but I put a few hours into writing it up and so I thought I’d share. The lab document is accessible from here;

I can’t guarantee that the control that I wrote in the NuGet package that this references will work in all scenarios but, hopefully, it works for you if you try it out.