I’ve written quite a few posts about RealSense and, specifically, around the F200 front-facing camera which has a tonne of capability.

I’d taken my eye off the ball a little though in that I only recently caught sight of one of the recent updates around the RealSense developer kit;

which talks of the current F200 camera being transitioned to the a new SR300 camera which I think was already shown built into the Razer Stargazer camera shown at CES; 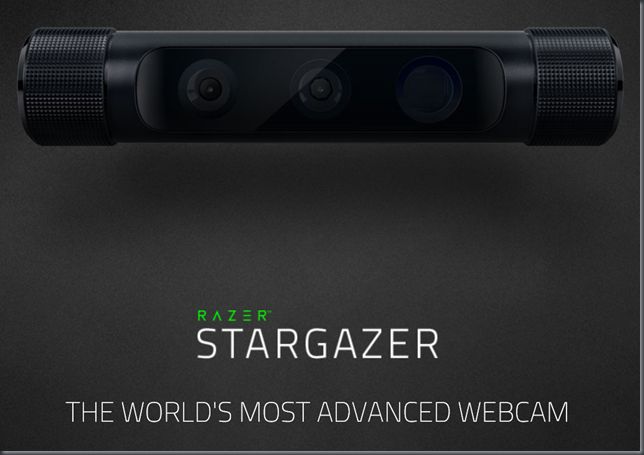 and it looks like this requires USB 3.0 and is Windows 10 only and will be available in Q2.

Meanwhile, back at Intel, it looks like the developer kit isn’t yet ready but might be ready some time this month.

There’s more info on this camera in Intel’s SDK update notes in this post;

which says that the SDK supports the SR300 with new, specific features;

I’m not sure that I fully understand what the ‘Microsoft 3D camera’ is but I like the idea of Universal Apps getting support for RealSense as, to date, it’s been a desktop app thing.

which says that “R5 delivers … components … for developing UWP apps that use the Intel RealSense camera (SR300)”.

It sounds like the initial support here is going to be for “raw color and depth streaming and the blob tracking algorithm”.

That doesn’t seem out of line with what I looked at in terms of UWP support for the Kinect for Windows V2 camera in this post;

but there’s also a bit of a teaser in that the article states “Other UWP-specific algorithms are in development”.

It all sounds promising and, as usual, I know no more about this than what’s written on the public web here but I’m waiting for the notification to come through that the SR300 is available and then I’ll be getting my order in to see what the SDK enables.