Following up on that last post, I wanted to finish up this series posts on moving a Windows 8.1 app to Windows 10 UWP.

Since the application is now showing up on Windows Mobile devices, I needed to do a little more work on the UI and, even with this small app, I find it to be quite a challenge to size things such that they look reasonable across a variety of devices. No-one should be telling anyone that this is ‘easy’ or ‘free’ but it’s certainly within the realm of the ‘possible’

For my own work here, I’m largely testing on a Surface Pro 3 with/without external monitors that are lower DPI than the tablet itself and then also on a Dell Venue Pro 8 and on a Lumia 920 running Windows 10 Mobile Preview.

Where I ended up with the UI was that I maintained a narrow/wide set of visual states rather than thinking in terms of the different mobile/desktop device families.

So, on the desktop, the app in its wide mode has a look; 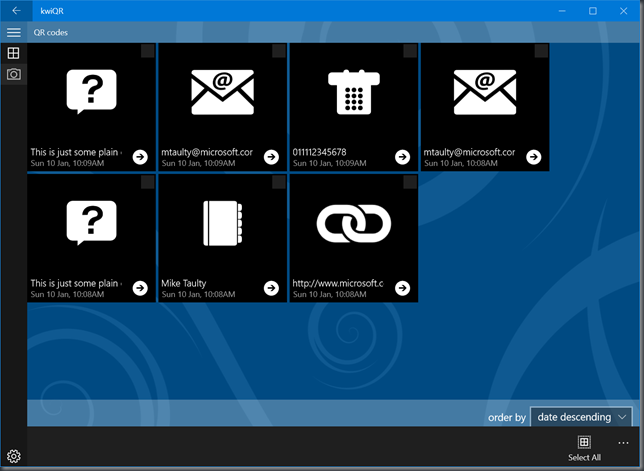 and in its narrow mode it drops down to; 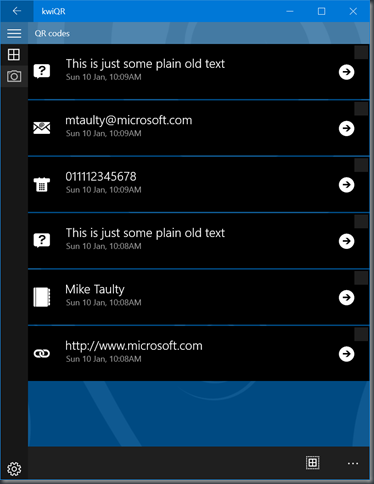 and that seems to work reasonably well across desktop mode, tablet mode and then down onto a phone device (screen-shotted here via the ‘project my phone’ app); 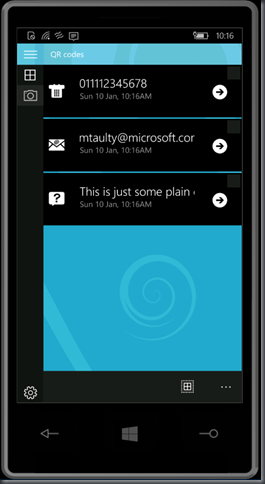 Beyond that, I had a few more areas that were buggy and that I needed to tidy up;

and I’m also finding that my ‘rotary control’ for controlling the focus of the camera is a bit problematic on Windows Mobile right now;

in that its performance is pretty horrible and I haven’t yet come up with a solution to making that better but I’m going to revisit it.

Having got the app into a ‘reasonable’ state, I revisited the manifest because I knew that there would be a bunch of icon work to do and, sure enough, I spent a good hour or two changing images that I had previously drawn at scale factors like 140, 180 into images drawn at scale factors 125, 150, 200, 400 etc.

I’m not sure that everyone knows how much effort it is to complete a full application manifest but I find producing sheet after sheet of these sorts of images; 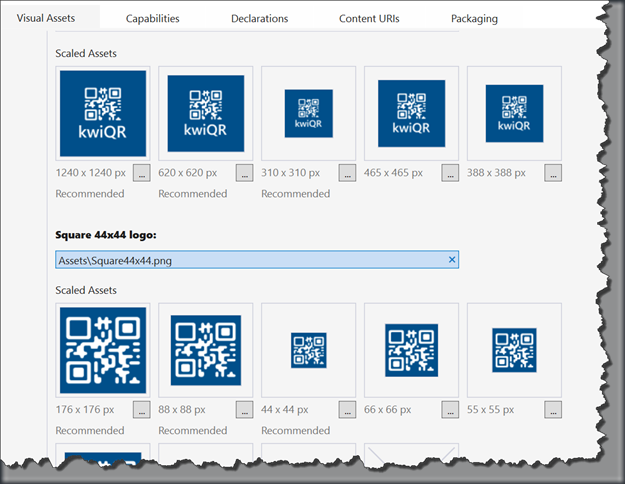 from their original vectors to be quite time consuming.

With that done, it was time to go and visit the Windows Store and set about an app submission. Here, the work goes into the highlighted sections; 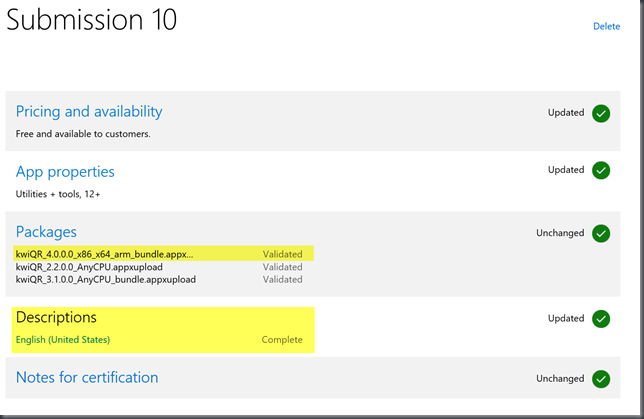 and, specifically, in the Descriptions section I chose the option which let me create a ‘platform specific description’, I based it off my Windows 8.1 description and so I end up with 3 description areas here in the Store;

and then I went to work producing screenshots for the Windows 10 version of the app. Once again, if you filled in everything here then you’re looking at I think 26 separate images so it takes quite a bit of time (and imagination) to populate;

At the time of writing, I’ve still got some of that work to do but the app is heading back into Store (ready to get some more brutal feedback from its users

) and I’ll then be back into bug-fix mode on it.

As I said at the start of this process, this was a simple app and it’s taken me 11 stages of blog posts to get from Windows 8.1 to Windows 10.0 albeit working on it only from time to time in some stolen moments but I’m glad that I worked through it as it gave me quite a bit of insight into what the process looks like and I hope there were a few things contained in these posts that helped others along the same journey.