Following up on the previous post, I wanted to see what it was like to make use of the Private Store which describes itself as; 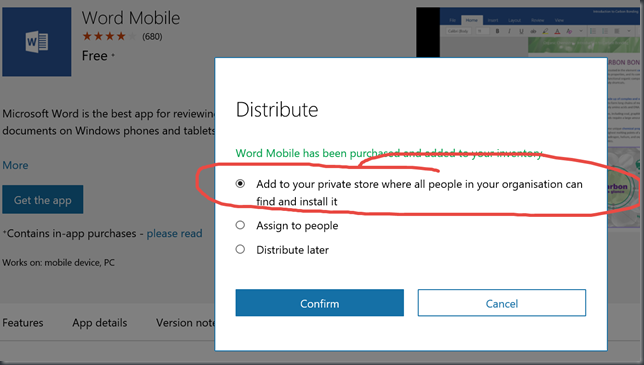 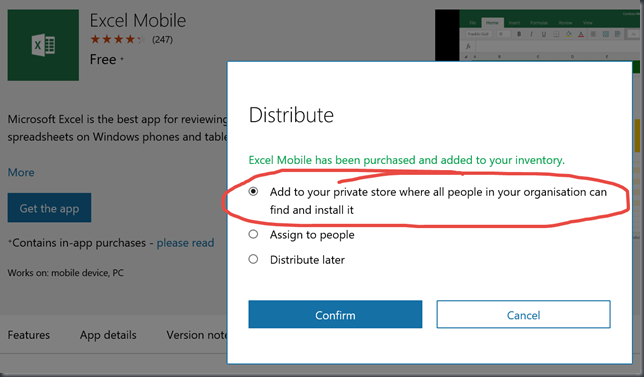 and, sure enough, they then showed up in the inventory as progressing into the Private Store; 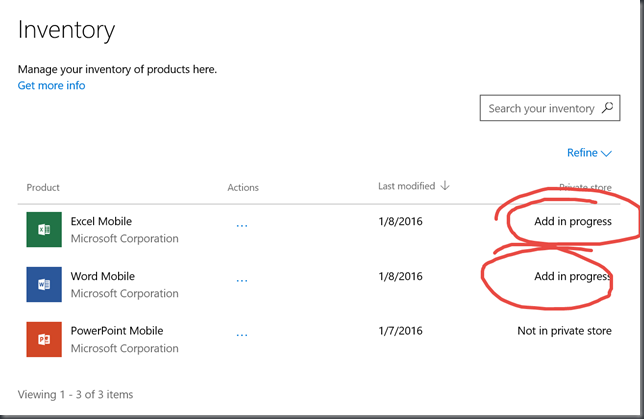 I’m not sure what happens during the ‘12 hours’ here but it does seem that there’s definitely a period of time involved so I broke off from this post while I waited for this to happen and, sure enough, around 10-12 hours later they showed up; 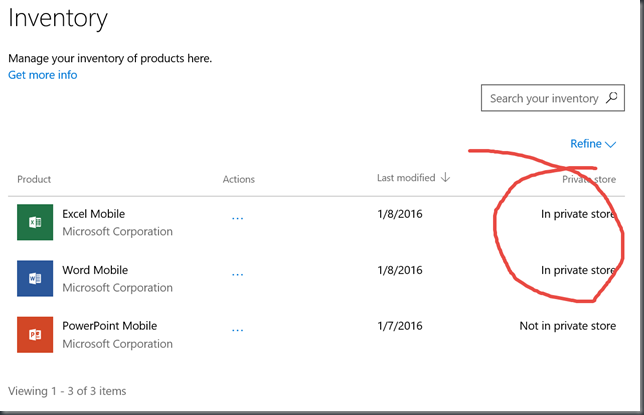 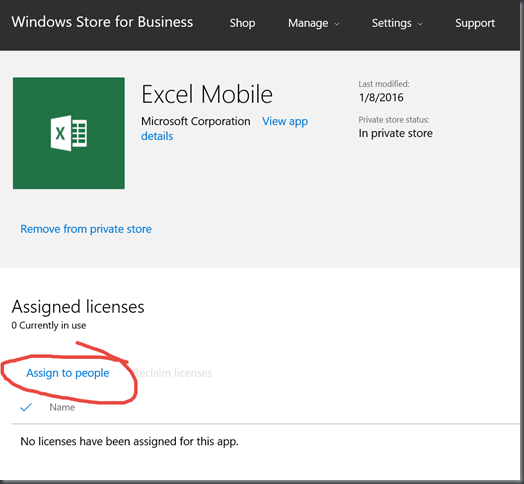 but I didn’t do that assignment.

Instead, I wondered what this looked like from the perspective of a user like Simon so I logged in to his PC to have a look and, sure enough, there’s the private store apps showing up in the ‘Backstreets Software’ section of the Store; 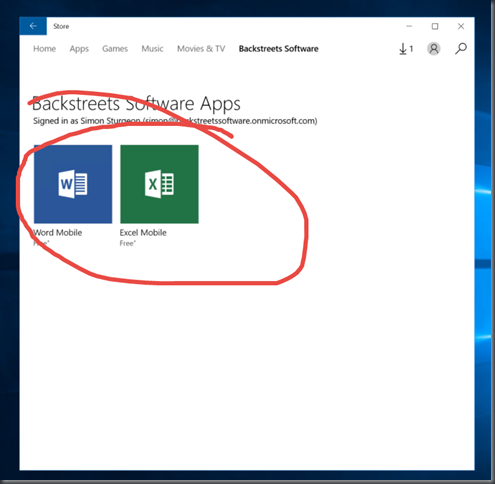 and if I click on Word (e.g.) then the description that I get here is slightly different from the description I got when I did this in the ‘Non private store’ case as you’ll see below; 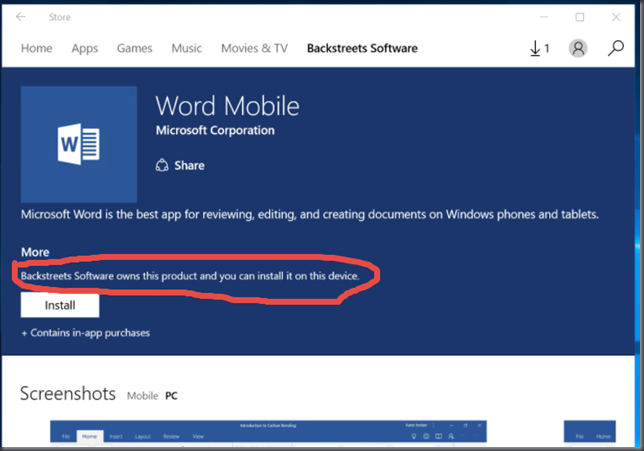 The description says that ‘Backstreets Software owns this product’ so it’s been flagged that the organisation has ‘purchased’ the app and as a member of that organisation I can go ahead and install it.

It’d be interesting to see how this will look in the scenario where the company has paid for the app and the number of licenses is restricted and whether it’s a first-come, first-served model when specific user assignments have not been made. I assume so.

As an aside, Word Mobile uses in-app-purchases and, at the time of writing, the docs clearly say that in-app purchases don’t quite fit into the Windows Store for Business model. This document;

Apps in the Windows Store for Business

“In-app purchases are not currently supported for apps that are acquired through Store for Business and distributed to employees.

If an employee makes an in-app purchase, they’ll make it with their personal Microsoft account and pay for it with a personal payment method. The employee will own the item purchased, and it cannot be transferred to your organization’s inventory.”

so that would definitely be one to watch out for right now.

I downloaded and installed Word Mobile as Simon and ran it on his PC from the Private Store and it all worked out fine, no problems. It did leave me wondering a couple of things;

The first question was easy enough to answer, if I go back to the admin portal once Simon’s installed the app then Jane can see that he’s done so; 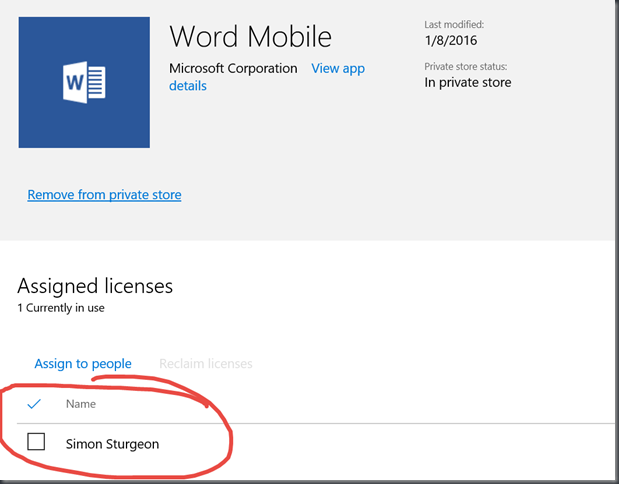 Even though Simon was never assigned the app by Jane, he just took it from the Private Store, Jane can still see that he’s taken it and she can reclaim that license from him.

The second question then is also easy to answer – Jane can reclaim that license from Simon to stop him using Word Mobile at a point in the future.

The third question – there’s a button there to Remove from private store so I figured I’d click it knowing that there was a possibility that it might take another 10-12 hours to remove.

After the confirmation dialog;

we moved into a ‘Remove in progress’ state; 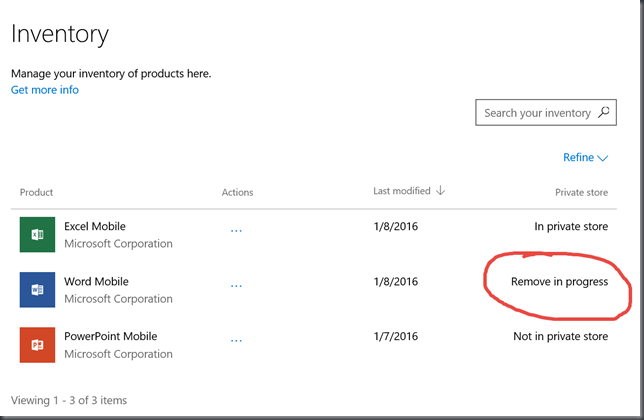 and then I waited to see what would happen on Simon’s machine when this app was ultimately removed from the Private Store.

I checked back about a day later and Word Mobile was gone from my Private Store; 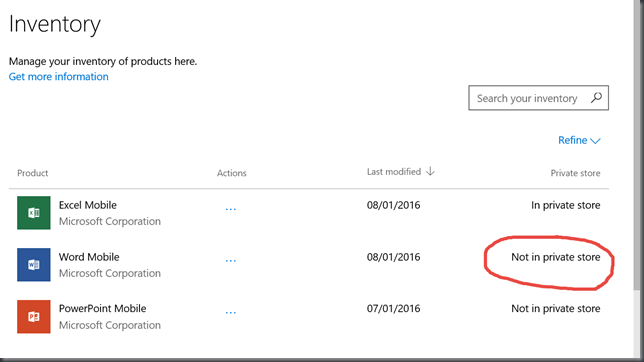 Back on Simon’s PC, he can see that Word Mobile is no longer offered via the Private Store as he’s only offered Excel; 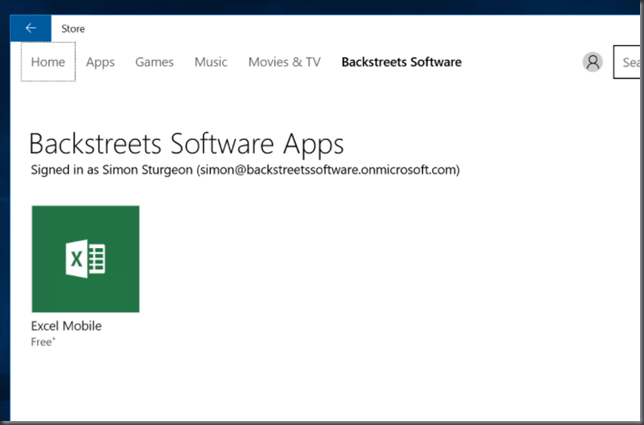 But, he’s still able to run his installed Word Mobile; 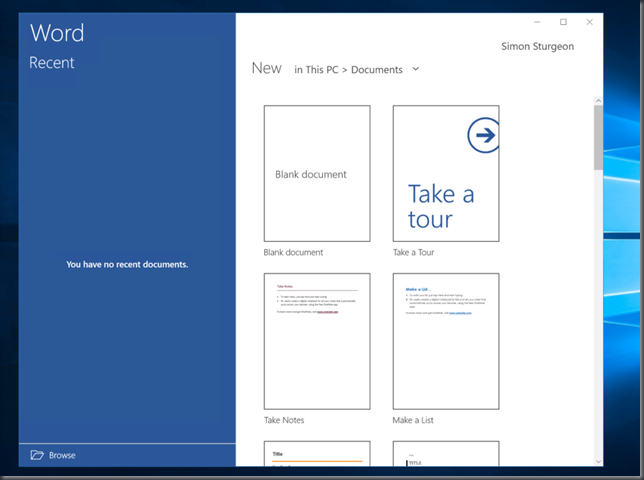 and the Windows Store for Business still shows Simon having an assigned license for Word Mobile; 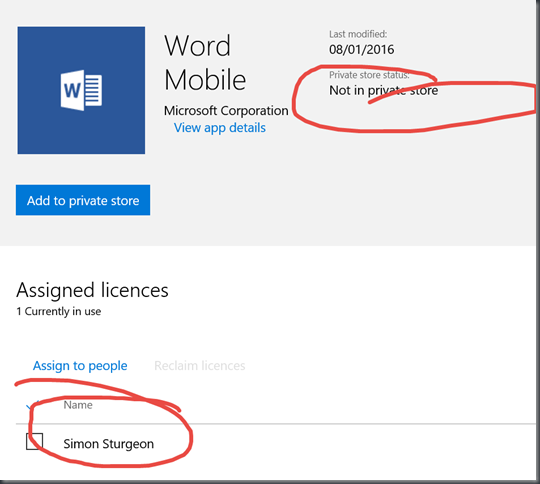 So I’d have to assume that taking an app from the Private Store does not reclaim all the licenses from the people using the app.

Instead, what it seems to do is put the app back on the inventory (as though it had never been in the Private Store in the first place) and maintains the list of users who have licensed (whether they had them assigned or whether they simply claimed them like Simon did here).

Don’t take that as definitive, it’s just me experimenting, but that’s how it looks.