Following on from my previous post, I need to get the 2 users that I’ve created some apps to work with and so I can go back to the Windows Store for Business as my admin user, Jane, and see what can be done there.

At this point, I got a little bogged down in the use of the terms ‘inventory’ and ‘private store’ in the Windows Store for Business and I had to stop and have a read of;

And I think I that led me to understand that an organisation might want to provision (e.g.) 100 copies of some app for all/some of its members without necessarily putting that app into a private store. The users could just find the app in the public store with the benefit being that the licensing is already sorted out for them.

Naturally, an organisation might want to put it into their private store to add some more prominence and that would be doubly relevant for an organisation that chooses to hide the public store from its members.

The other aspect of the private store seems to be that the apps in that store are visible to all members of the organisation, not some particular subset of that membership.

I figured that PowerPoint Mobile would be an app that both of my organisation’s users (Simon + Ivan) might need and so, logged in as admin Jane, I added that app to my inventory; 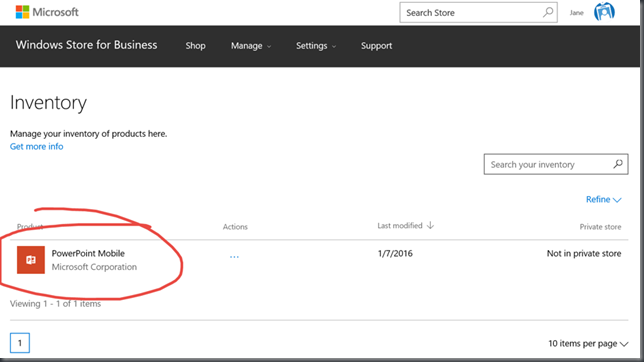 Because the app is free, I get unlimited licenses for it. Once I have the app, I can assign licenses to users so I assigned it to both of my users;

And so I now have that assignment showing on the inventory; 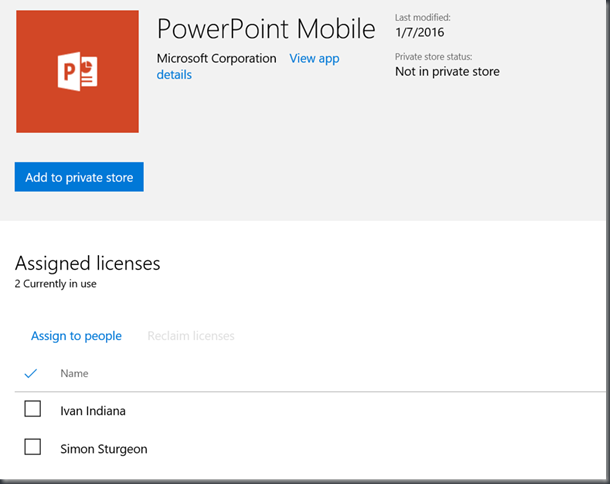 and then if I go back to being the user Simon on his machine and take a look at PowerPoint Mobile in the Store then a slightly magical thing happens in that the Store says; 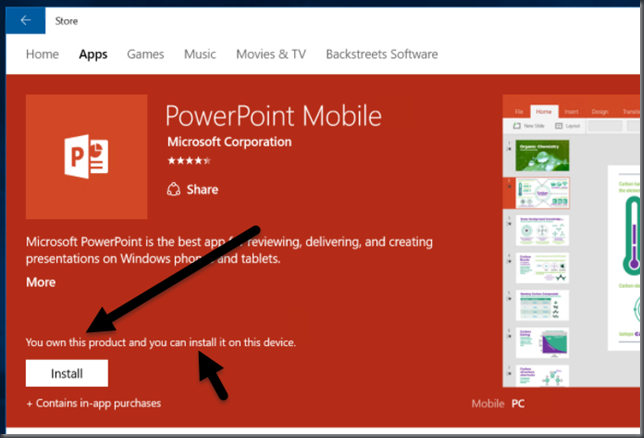 We have the user, Simon, who has never used the Windows Store in his ‘life’ but he already ‘owns’ PowerPoint Mobile which really means that his organisation has already provisioned it for him. Naturally, it’d be more exciting if there was a price associated with PowerPoint Mobile but I still found this quite exciting – there’s no need for Simon to have a Microsoft Account, there’s no need for him to get out his credit card, etc. – the organisation has done it for him.

I made sure that the same is true for my other user, Ivan and then I installed PowerPoint Mobile for both of them and made sure that it ran fine and, as you expect, it does; 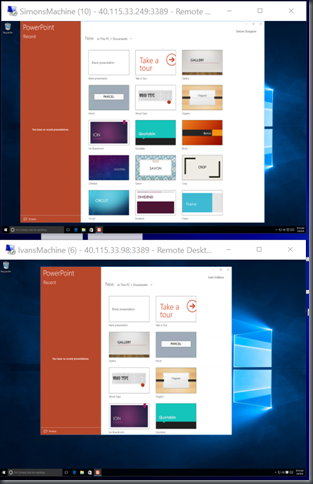 I then immediately wondered what would happen if the admin, Jane, turned nasty and revoked access to PowerPoint Mobile for Ivan and so I went back to the portal and tried that.

Now, in the interests of full transparency I did have a bit of a problem where I kept hitting;

but it seemed to be temporary and I got to the page where Jane can revoke Ivan’s license for PowerPoint Mobile; 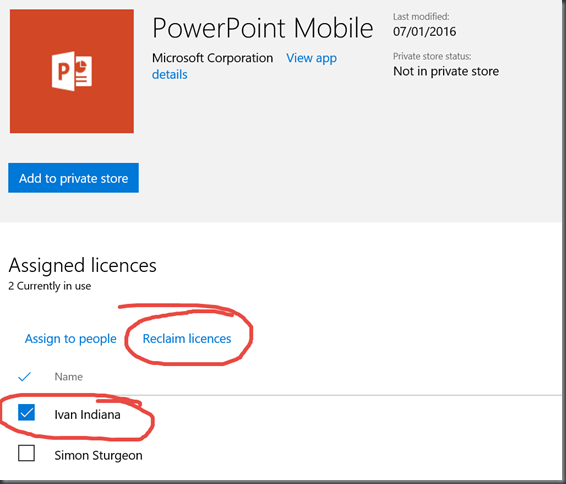 leading to the confirmation;

Ok, so if I now go over to Ivan’s machine and attempt to run PowerPoint Mobile, what do I get?

Well, it certainly didn’t stop Ivan running the app immediately but that would perhaps be a bit unrealistic.

Update: I updated this post here after checking how this process for reclaiming a license here works and it’s definitely not intended to be an instant process. There are more moving parts involved than that but, at some future point, the license that was reclaimed from Ivan here will come through and he’ll no longer be able to run the app.

This mode of licensing is known by the Windows Store for Business docs as Online Licensing in that it needs a connection to the Store to enforce it (and a couple of other requirements) and it’s the default but there is also an Offline mode which is explained here;

An app developer has to opt-in to allow this offline mode which allows for the app to be built into a disk image and doesn’t require access to the Store at the point where the app is run and so doesn’t (AFAICT) enforce licensing numbers.

I’m not planning to try out offline licensing as part of these posts – it’s there and it’s something I can definitely see a place for but, at the time of writing, it feels like the online mode is more interesting to explore.

I think I’ve got a basic grip on how an administrator can assign apps to users and then later remove them, the next step for me is to try out the ‘Private Store’…