I searched for the word ‘join’ to come up with the ‘join an organization’ setting; 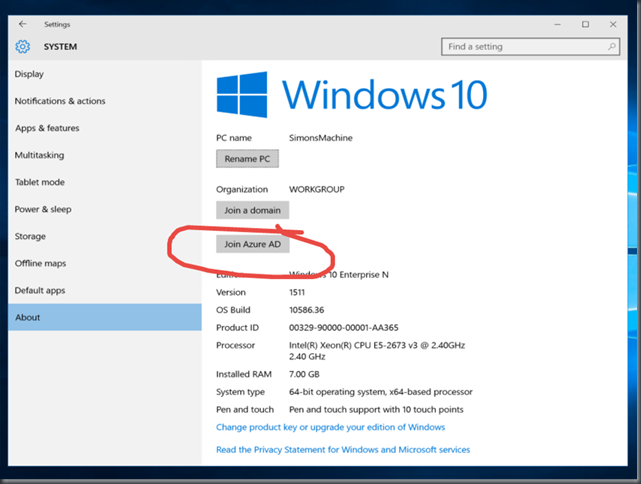 and I tried signing in using Simon’s Azure AD account; 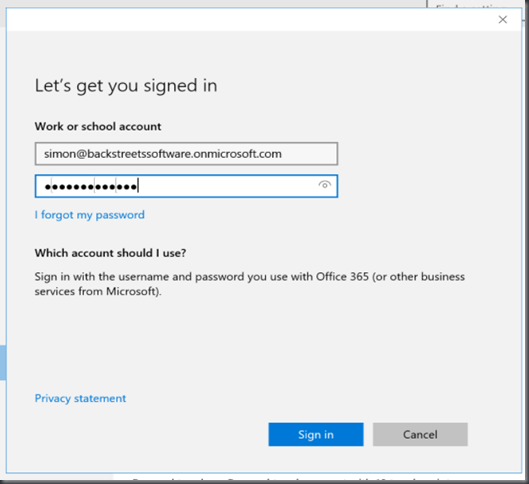 ) and clicked on the ‘Join’ button and Simon’s PC became connected to the organisation; 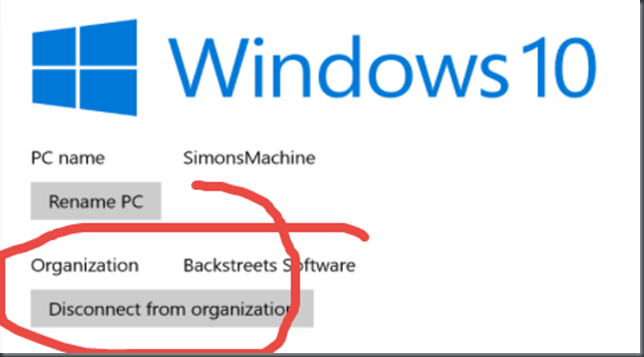 And I repeated the process for Ivan on IvansMachine and so now I have 2 users with their 2 new virtual machines and they are both associated with the Backstreets Software organisation.

I let the Windows Store app update itself as there seemed to be a pending update but when I ran the the Store app it didn’t seem to be doing anything out of the ordinary.

I wasn’t quite sure how then to proceed but, after a few misfires, I dug deeper into the Windows Store app for my user Simon and I tried to set him up to use his organisational account for the Store;

which was ‘obvious after the event’ and I picked the right type of account; 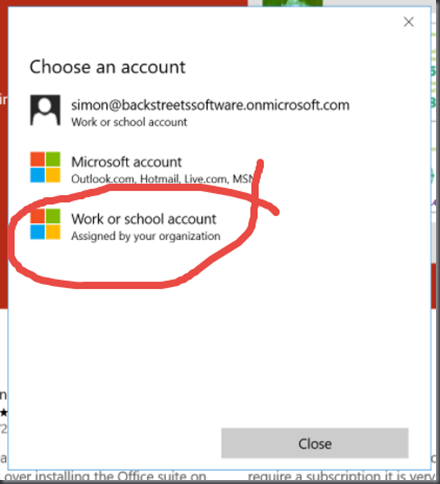 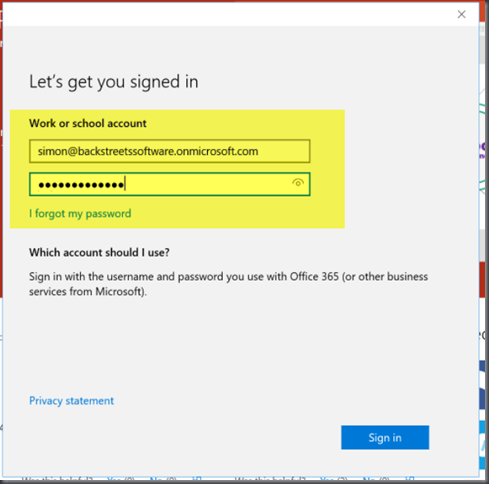 And then, as if by magic, a new area of the Windows Store appears

Very cool – I’ve got my 2 users set up such that they have an association with the Windows Store for Business based on their organisational accounts.

Next step…maybe get them some apps to work with?