in Windows 8.x we had the Settings charm which I quite liked in that it provided a consistent piece of UI whereby a user could expect to discover and raise and app’s settings. 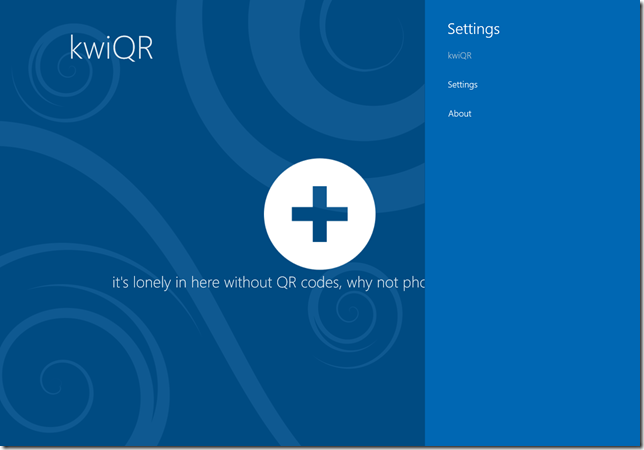 The UI for kwiQR on Windows 8.x offered 2 settings commands to the OS – ‘settings’ and ‘about’ which looked like this; 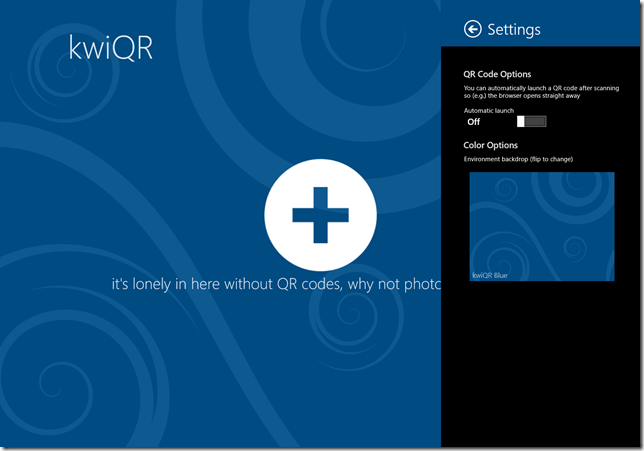 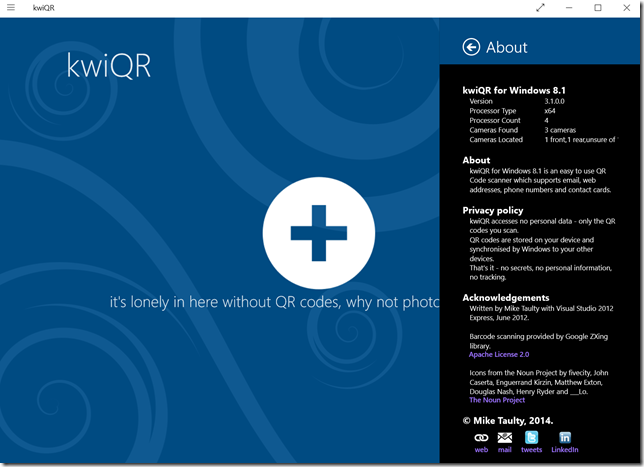 Naturally, in Windows 10 the charms have gone and so there needs to be a new way of launching settings for my app and so I added a navigation button; 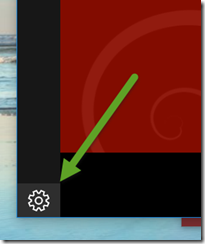 and that asks the app’s Frame to navigate to a new settings page.

Constructing that page was a fairly easy task – I modelled it off the one that I see in the News app; 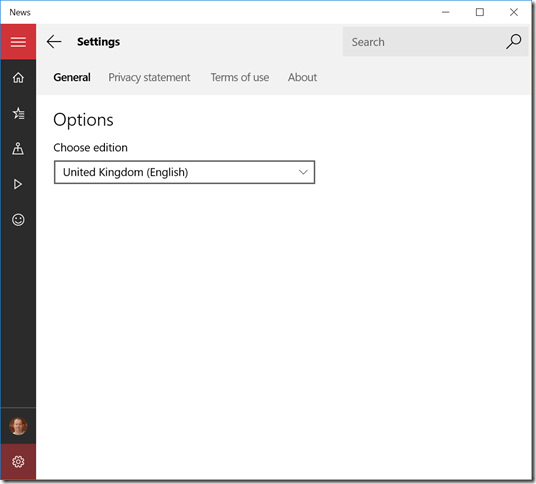 and I simply made a page with a Pivot with 4 sections, each of which displays a user control as per; 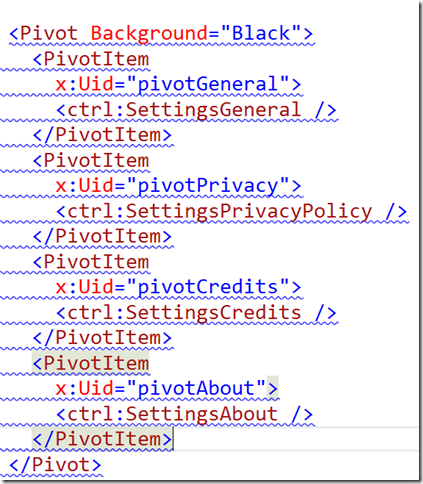 (as an aside, I’m unsure why Visual Studio hates this Pivot control so much but it draws squiggly lines all over it whenever it sees it).

With a few tweaks to my layout, that was done and I had Settings working. 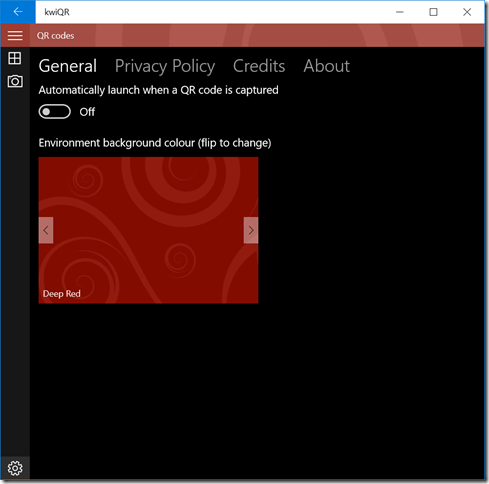 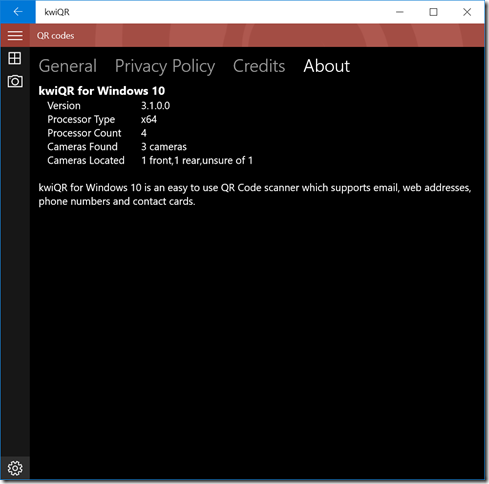 I’d say that this took around 30 minutes to get done, it’s pretty easy in  this simple app.