I was in London speaking at the inaugural “Native Summit” event yesterday;

this was an all-platforms “native app” event with a great line up of speakers; 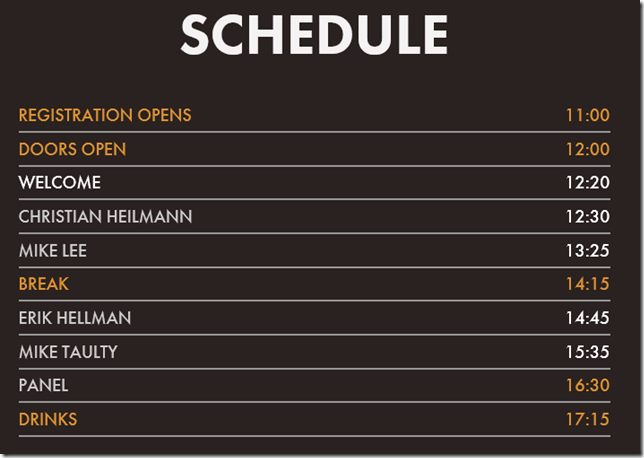 and I put together a talk with a slightly tongue-in-cheek title of “Microsoft. Has. An. App. Platform. With. Some. Interesting. Bits” which I’d hoped might appeal to whoever was in the audience whether they be primarily interested in Android, iOS, Windows platforms or whether they come at the topic from more of a cross-platform approach.

I had great fun with that talk and really appreciated that the audience seemed very much alive and engaged even though we were in a darkened cinema on a warm, sunny afternoon.

The event was streamed over the web and the sessions were recorded so I’ll post the video of my talk here when the Native Summit guys have got it canned.

In the meantime, the very talented David Burton was at the event doing sketches to capture the essence of each talk and he drew this really great representation of what I talked about – linked back to his flickR stream for the event;

Thanks to all who came along – some great conversations and I’ll update this post with the video of the session when I have it.

[MT] I’m a C# guy. However, I figured that given there were a lot of Android/iOS folks in the audience then JavaScript would be more of a lingua franca for this group of people. Otherwise, I’d have shown C#.

[MT] Very fair comment. I always find panels a bit of a challenge because I can’t speak for Microsoft other than to state facts where I happen to know them. So, on panels I feel like I’m always walking a line between “What does Mike think?” and “What does Microsoft think?”.

[MT] Sorry, I failed you too. There was *NOTHING* I showed here that wasn’t an app built for the Windows/Phone app platform that could be submitted into either the Windows/Phone Stores. Everything was an app. Nothing was anything else. Some things were Phone apps. Some things were Windows apps but in my head they are all mobile apps. I’d reiterate that the stuff I was doing e.g. playing a game with an Xbox controller works on a small tablet.

The Ugly (well, not really)

[MT] Ah, sorry – didn’t mean to “sell” you anything other than the idea that Windows could be an interesting place to be.

[MT] I hear what you’re saying. I did try to pull out some interesting things that I thought were a bit different about Windows/Phone app development. I could have done an hour on other topics like our multi-language approach or the way in which we handle the application process lifecycle or some such but I wanted to try and provide a few shiny things. I’d be happy to talk to you about other aspects any time if you wanted to talk about other things.

[MT] Guilty as charged. When I grow up I want to be a real boy like Clippy