I was doing some work with Silverlight the other week which involved using UserControls where the control named itself. That is, a situation such as;

and, under unpredictable circumstances I was finding that I kept hitting a semi-random error when running my code which was something along the lines of;

“The name already exists in the tree: foo”

I spent an awfully long time on this and hence the blog post to try and perhaps save you some time in the future. I took long enough on it to come up with a simple repro scenario which looks something like this; 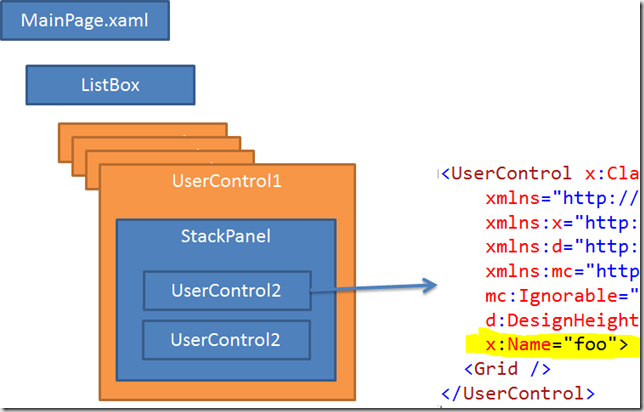 In my particular case, I could work around the bug anyway because I was naming that user control in order to use it for some bindings and the workaround I used was to create those bindings from code instead.

Anyway, here’s my repro project in case you’re encountering a similar thing – I find that on the SL4 runtime this project fails after a little (unpredictable) time whereas on the SL5 runtime it seems to work fine.