I use Expression Encoder 4 Pro quite a lot as I’ve put together a number of screen capture videos. I tend to use it in order to capture screencasts and then I transcode them to some other format (e.g. H.264) and publish them somewhere.

If they’re going on the Channel 9 site then I leave them in H.264 and upload them to the site where they appear in a standard Silverlight-based player that runs on the site.

Beyond that, I’ve been using Vimeo which takes the H.264 and offers it back in a Flash-based player.

I rarely leave the videos on my own site any more as I guess the experience is going to be pretty poor – it wasn’t set up for people downloading or trying to stream videos from it.

Because of that, I’d got a bit out of touch with the templates that Expression Encoder 4 has for making a Silverlight based video player from a video ( whether you need to first transcode that video or not ).

I knew the templates were there as they have been for quite a long time but I hadn’t realised how much capability they’d grown but the other day I had cause to look at them again and there’s some impressive stuff in there so I thought I’d share.

Note – you don’t have to use a tool like Expression Encoder to play a video in Silverlight, you can very easily just use MediaElement but Encoder gives you templates for fully fledged players that are already built so it’s a “leg up”. Another “leg up” is available in the form of the Silverlight Media Framework.

I took the “wildlife” video which ships in Windows 7 as a sample video; 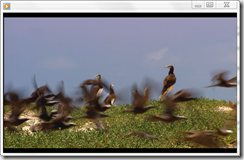 I have the Pro version but you should be able to do this in the free version or the “Pro without Codecs” version that comes with MSDN. For a good explanation of the differences between versions, go here with the crucial text being;

Encoder 4 has that new start screen which is a “What are you trying to do?” screen. If I’m just trying to produce a Silverlight player, I can go straight through to; 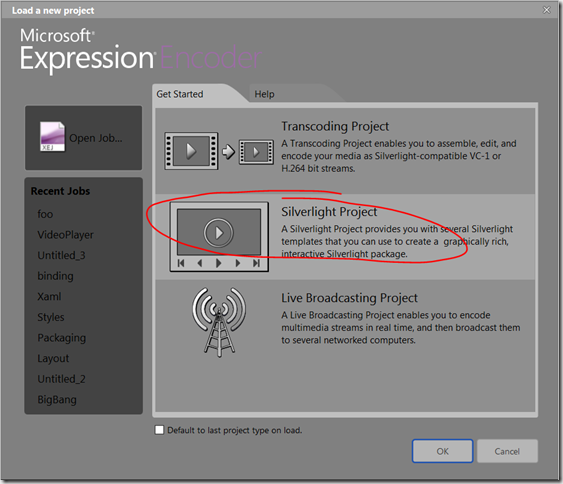 Then I can use the Import button to bring in my video or drag-drop it. I actually brought in the same video twice to simulate the idea of having 2 videos to play; 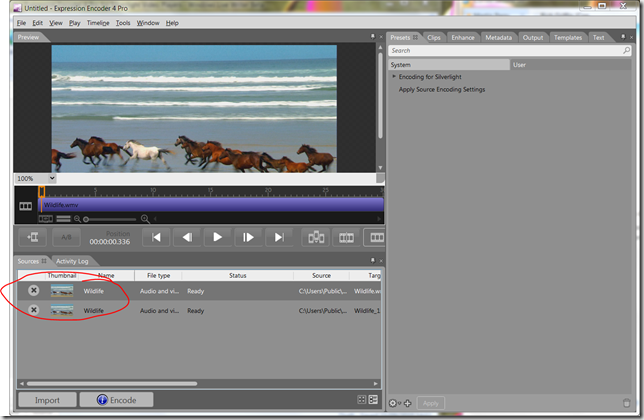 Now, I don’t want to transcode the videos. I’m happy enough to leave them as they are ( a WMV 9 encoding ) so I can just select them both and right mouse to ensure that they stick with the encoding that they came with;

then I might want to add some Metadata of which there are a tonne of slots that I could fill in; 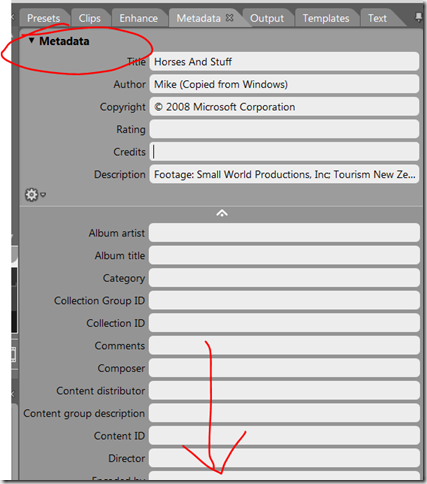 and I might want to add some captions ( I’ll do this only to the first video ) so I can just drag the play head around on the video and add captions to it; 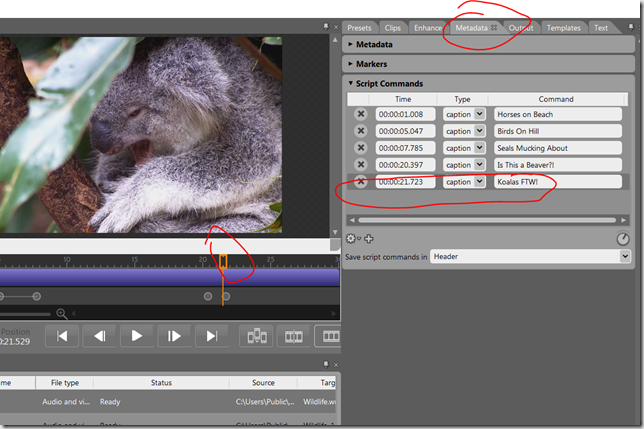 and some markers ( independent of captions );

and then pop to the Output tab to pick a thumbnail for each video; 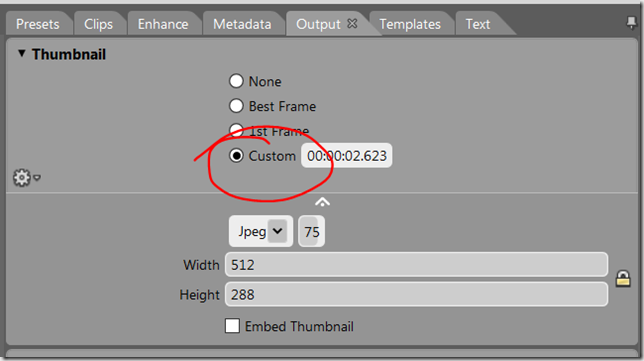 and then I can just pick one of the many templated options ( or if I was feeling ambitious I could design my own ); 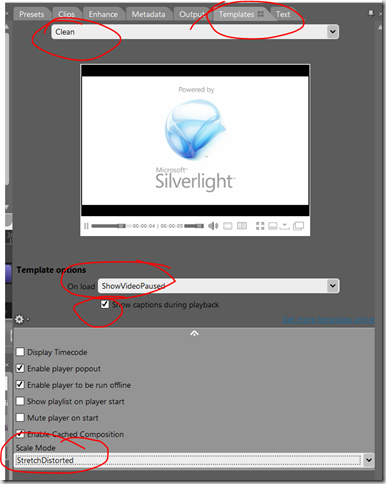 and hit the Encode button. There’s no encoding to do so my player pops out straight away; 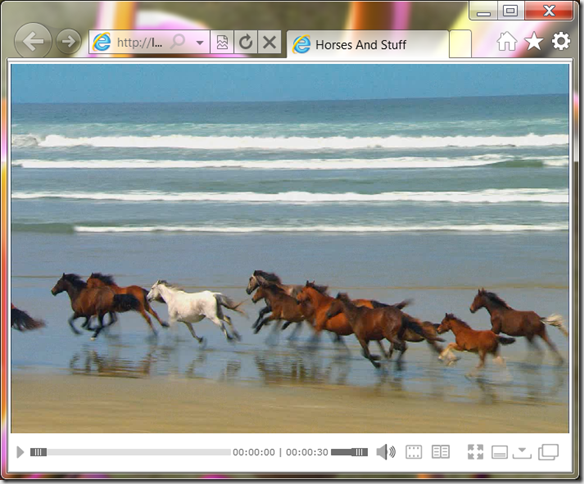 Now, naturally it’s got the usual controls on it like Play/Pause/Stop and it’s got a volume control and a draggable thumb and so on but it also has a few more “interesting” things in there…

I can bring up the PlayList of videos; 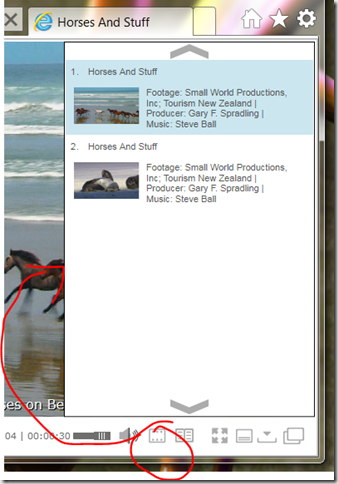 I can see the chapters that I added via the markers on the video; 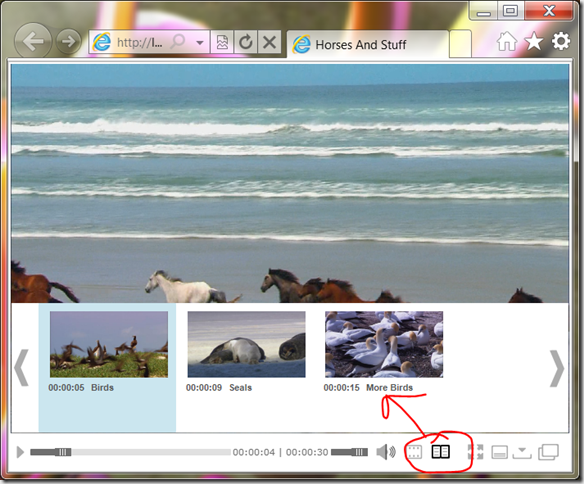 I can do the “full-screen” thing; 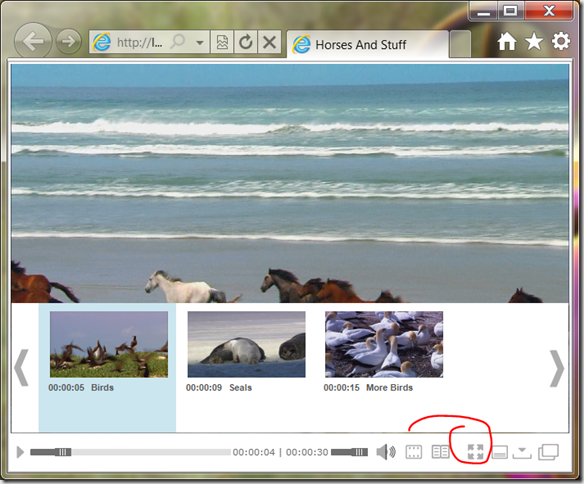 My captions are displayed and I can toggle them on/off; 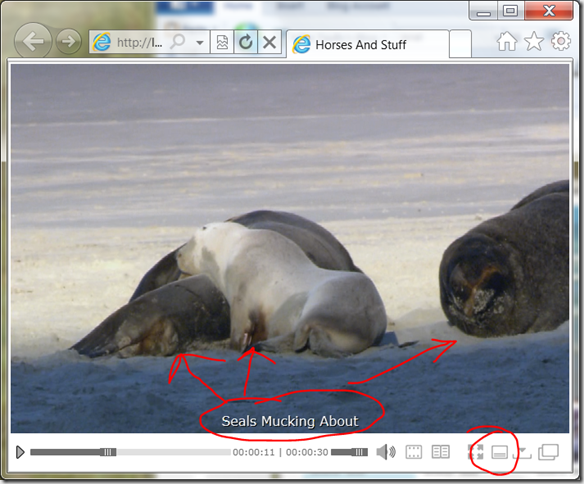 and I can also do an interesting “offline” thing where the play will automatically download all the content into Silverlight’s isolated storage, install itself locally so that I can watch the whole thing without a connection to the web; 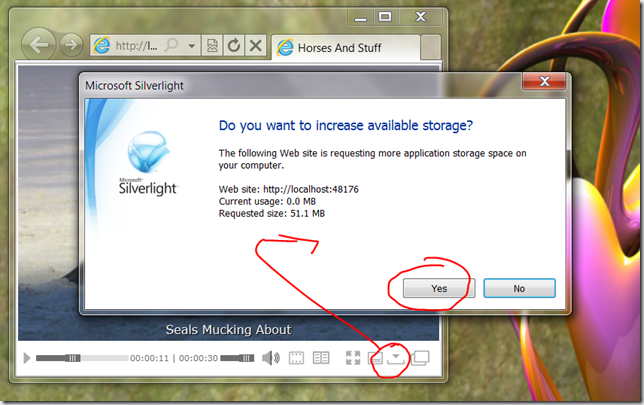 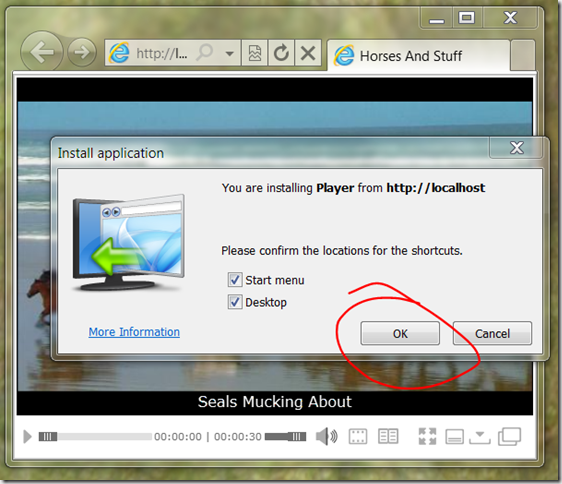 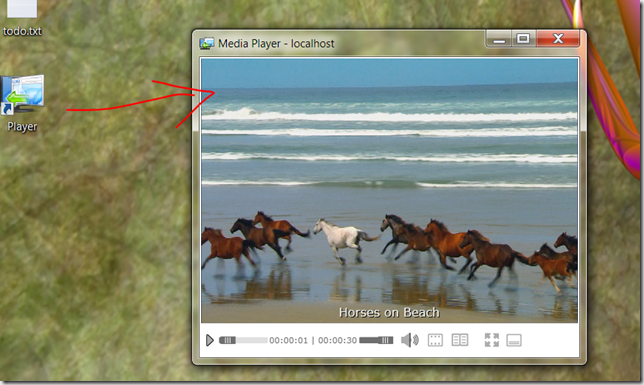 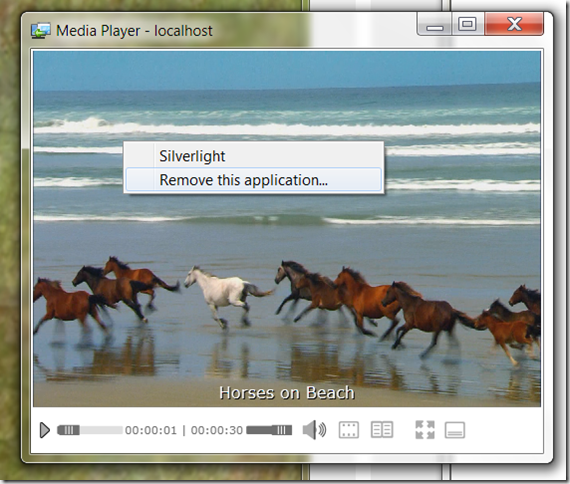 All very nice and if I don’t like that particular player, I’ve got 15 others to choose from ( some for video and some for just audio ). Here’s another; 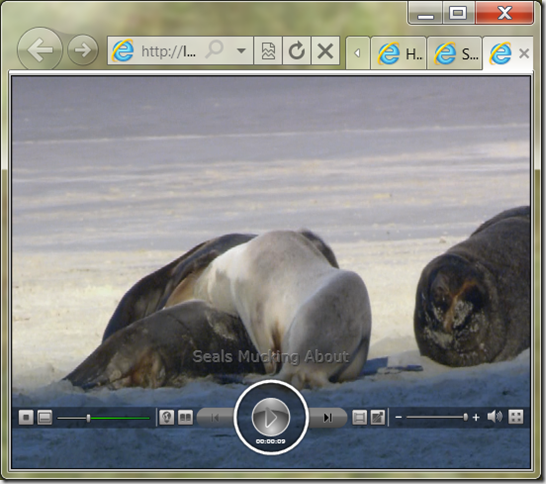