I had a chance to visit Trader Media Group (TMG) at their offices in Warrington a few weeks ago and have a chat to Chris Kelly who’s an architect over there and gets to work on some pretty big scale sites like (of course); 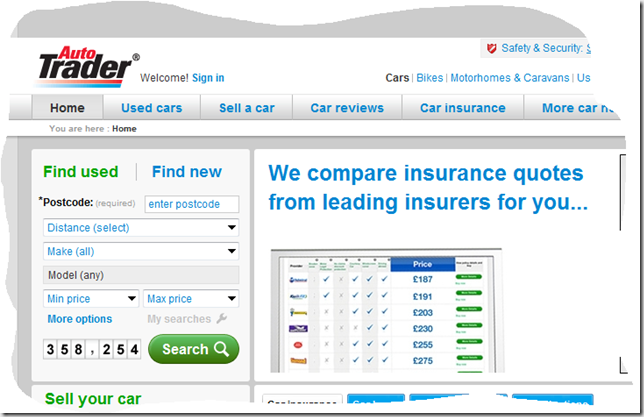 There can’t be many people in the UK who aren’t familiar with AutoTrader in either it’s print magazine format or in its modern incarnation as one of the UK’s biggest websites. Whether you use AutoTrader to find your next car or whether you just use it to play “Fantasy AutoTrader” you’ve probably visited the site “a few times”.

Naturally, one side of AutoTrader is around me as a member of the public wanting to buy or sell a single vehicle but then there’s the other side of a dealer who wants to advertise maybe 10’s or 100’s of vehicles and so has a lot more data to upload onto the site.

In the discussion with Chris, he talks about how past attempts at making this work well have included both a standard HTML based client and a rich, desktop client and that the dealers have tended to prefer the richer client but that’s always presented problems of deployment.

The new application that the TMG guys have built allows them to get the “best of both worlds” in that it’s a Silverlight 4 application which can run in or out of browser and offline or online.

It’s very much a line-of-business application so don’t expect 3D spinning DataGrids or blur-effects applied to the photographs of the vehicles being uploaded but I found the application really interesting for a number of reasons;

I had my mini video camera with me on the day so we captured a little bit of video of Chris talking about the application and we also captured ( via Expression Encoder Screen Capture ) a walk-through of the application running.

Here’s the video I knocked together from the footage;