My first thought about Blend is that it’s a big beast and demands a serious love in terms of the number of pixels you devote to it. I’ve often had to demo Blend in front of audiences at a resolution of 1024×768 and it really means that you end up focusing on exactly what you need on the screen and where you need it.

So, give Blend the most love you can in terms of the number of pixels you give to it.

The thing to remember is that, just like Visual Studio, there are lots of optional extra Windows/Panels in Blend and they all live on the Window menu and you get to control their visibility; 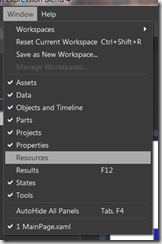 and, just like Visual Studio, you can also drag around these panels and dock them wherever you want in the environment. Mine is usually set up something like this; 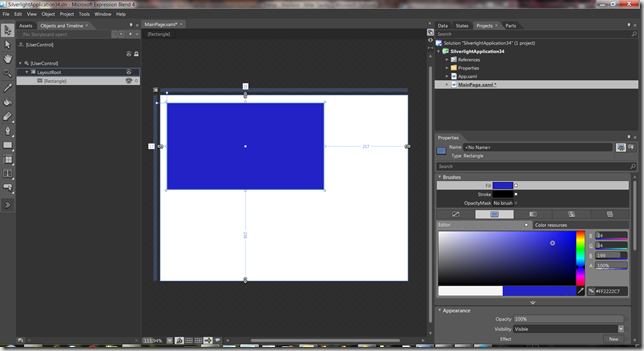 where I tend to have the Assets and Objects/Timeline panels over on the left hand side as I use those a lot and then I have a split vertical section over on the right hand side between the Properties window ( which is pretty vital ) and then whatever other windows I need open ( usually Projects is going to be there but other windows like Parts/Data/States I tend to open/close as I need them ).

As I say, you can drag/drop these things so just grab one and drag it around. Of course, if you’ve got a second and/or third monitor to play with then it’s also worth dragging these windows out onto that space rather than leaving them all docked inside of the main environment. Again – this is just like Visual Studio.

Here’s me moving the Objects/Timeline view down to the bottom of the environment;

notice that the “blue rectangle” indicates where the window is going to dock and if I drag slightly differently I could have the window dock all the way across the bottom of the environment; 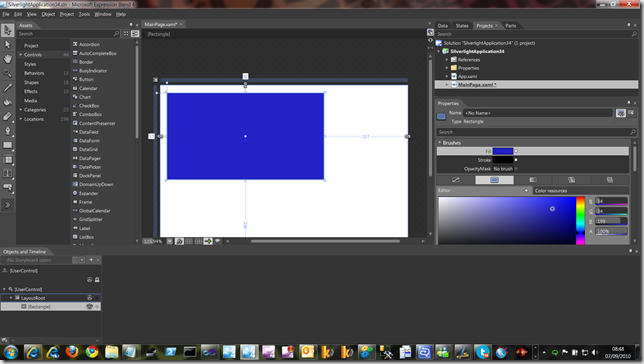 and that’s not an unreasonable place to put the Objects/Timeline view when you’re trying to build animations as you get the full width of the screen to play with your timelines.

However, there’s no real need to do that because Blend support the idea of Workspaces. It has 2 by default – Design and Animation and you can switch between them using the menu or the hotkey F6; 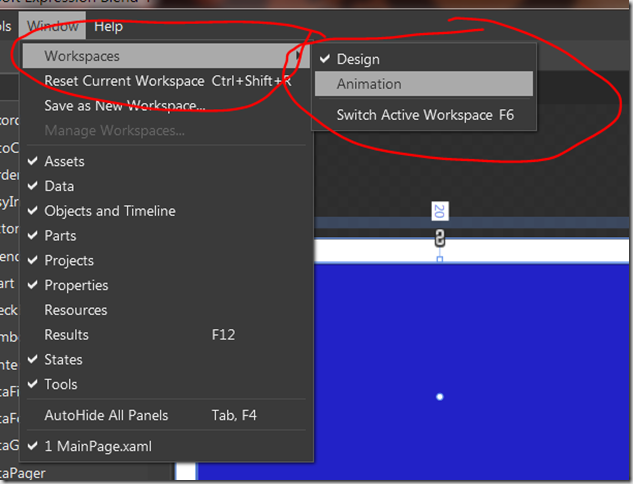 what’s a workspace? It’s just a particular layout of all these panels that you can quickly switch to. You can also save your current layout as another workspace using that menu. I created one here called “minimal” which looks like this; 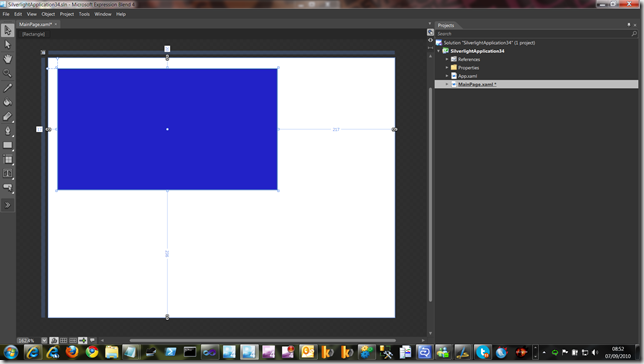 and I can then just switch to that immediately using the menu;

I think it’s well worth setting up some workspaces of your own and getting used to quickly switching between them but, sticking to that minimal theme for a minute, it’s also worth remembering that a quick press of the TAB key will hide all the panels around the environment. That is if I have a big complex window layout like this one;

and I hit TAB ( or F4 which always foxes me as I expect it to bring up the properties window but it doesn’t ) then Blend drops back into a sleek mode of; 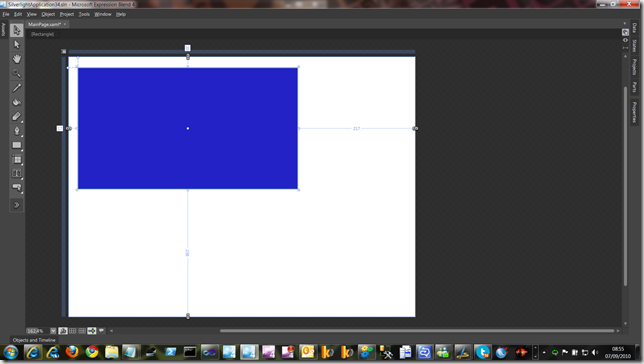 and my blood pressure immediately drops

Naturally, hitting TAB ( or F4 ) again will put those panels back to their previous state.