I was reviewing the traffic figures that my hoster (http://www.webhost4life.com) gives me for this blog site and I thought I’d share. 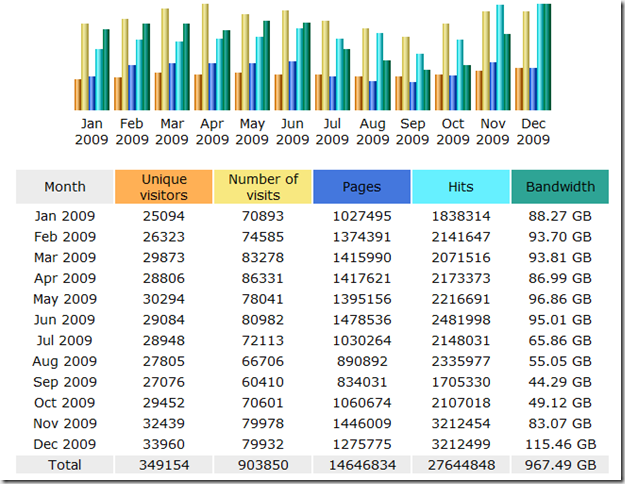 So around ~30M hits to around ~15M pages and just under 1TB of data shifted across the network. Those are much bigger numbers than I’d have expected so a big “thanks!” to people who subscribe and read the feed and/or stumble across these pages from a web search.

I’ve no idea how accurate the individual numbers are as I’ve never looked very hard at how they’re measured but I assume the hoster must know what they’re doing and they’re useful for relative comparisons to previous years like 2008 and 2007; 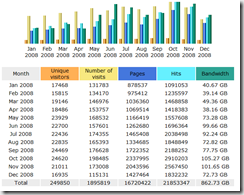 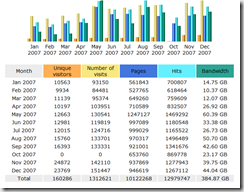 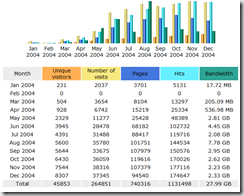