I had a quick look at the binary XML encoding for SOAP messages with Silverlight 3’s updated WCF library.

One thing that struck me in all this is that it looks like (i.e. as far as I can tell so far with reflector) that the WCF stack has gained binary XML encoding but hasn’t gained MTOM XML encoding.

Until now, Silverlight just had the basicHttpBinding (plus a polling duplex variant) and the Basic Http Binding is about as interoperable thing as you can get so I was a bit surprised that the next step looks to be binary XML (proprietary) and not MTOM XML (standarised).

Regardless…I had a quick experiment with it and built a service which I configured up with a custom binding as in; 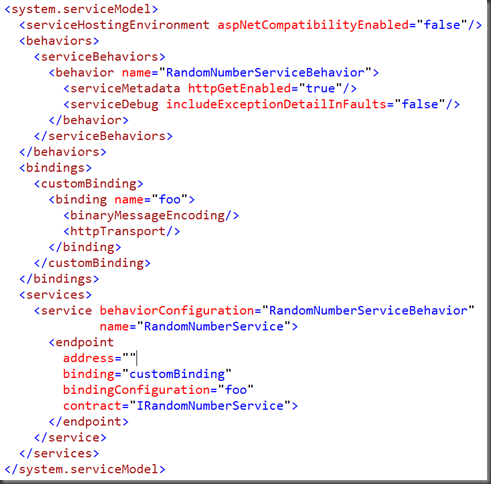 and then I just pointed Visual Studio at the service and did an “Add Service Reference” and all was good.