One of the big (huge? :-)) areas of Silverlight 3 is the ability for applications to run outside of the browser.

with a little bit of code;

and we then go ahead and run it in the browser then we’ll see a new right mouse menu;

which allows for the application to be detached and installed onto the local machine. However…you’ll notice that the menu option is greyed out right now.

Similarly, we can put code behind our button ( as far as I know, it needs to be code that runs in response to a direct user action like clicking a button ) and attempt to detach the application ourselves like we have in our handler;

but it won’t work for the same reason that the right menu option is disabled – the application doesn’t yet have the supporting metadata to allow a detach. In order to provide metadata, we can edit our appmanifest.xml file to include as in;

Note: those icon files above are set to build as “Content” in Visual Studio and are embedded into the XAP and I’m not sure that you need all those icon sizes either – especially the 128×128,  I just threw them all in for safety 🙂

and then the right mouse menu becomes available to us;

and the button that we previously built raises the exact same dialog offering the user the option of taking the application outside of the browser and installing desktop and Start Menu shortcuts; 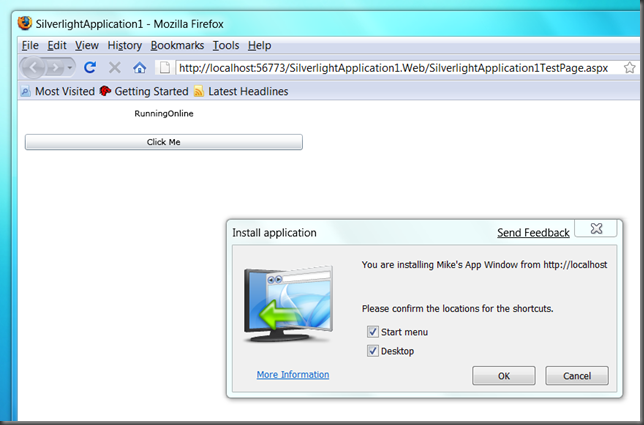 Note that’s the standard dialog – with my icon settings from above you would actually see my icon;

but as I hadn’t put a lot of work into my icon 🙂 I thought I’d better show the standard one here as well.

If I choose to click OK on the dialog then the application attempts to detach itself – as far as I’m aware this is purely to do with ensuring that the XAP is available locally and does not make an attempt to bring any other resources associated with the application to the local machine. 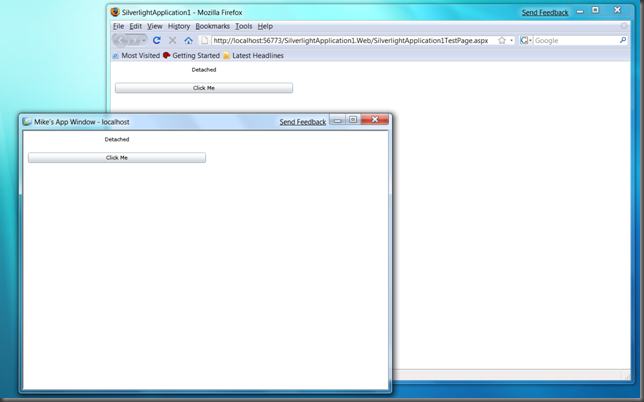 Note that a second “copy” of the application is now running in a window that doesn’t look like a browser window and note that my TextBlock has been updating as it captures the ExecutionStateChanged event hanging off the Application type and it knows ( both in the local and the original browser version ) that the application has been Detached.

I now have a desktop icon for the application;

and I have a Start Menu option for it;

If I run the application locally from one of these shortcuts then I get the “non-browser” experience; 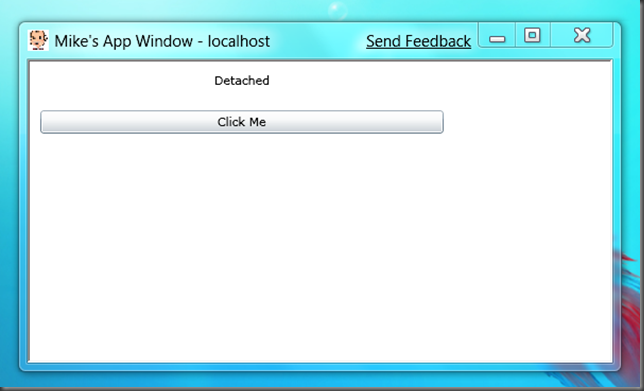 and if I re-run the original application in the browser it shows the same “Detached” state; 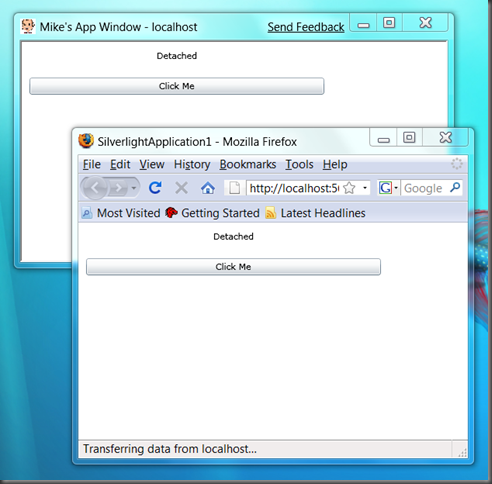 Now, if I update the original application to have a fancy new red background;

and re-run the local application having deployed my new XAP to my web server – initially it shows the status of “Detached” and then it switches to “DetachedUpdatesAvailable” which is the point where I could tell the user that the application has been updated and perhaps prompt them to re-run the app; 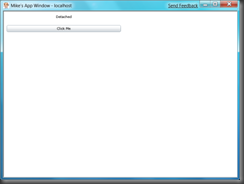 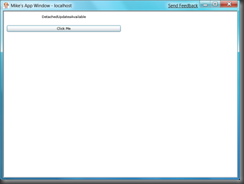 and when they re-run the application they get the new version that I dropped onto the server; 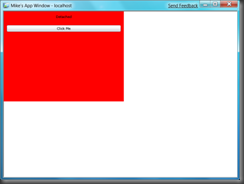 if I want to remove the application then I can use the right mouse menu on either a locally “detached” copy or a “web browser copy” running in a full browser window as in; 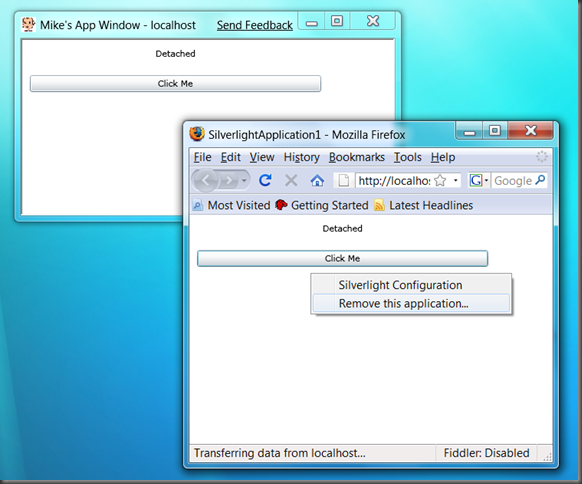 and if I take that menu option I end up with the locally “detached” version going away in the sense that the Start Menu option is gone, the desktop icon is gone and the status of the browser-based version goes back to “RunningOnline” rather than “Detached”. 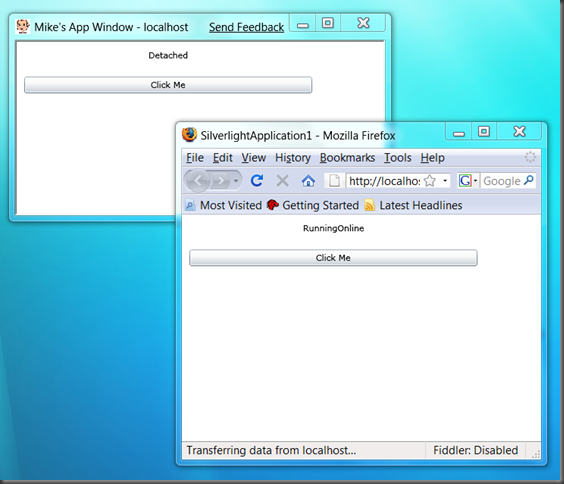 In terms of what code actually runs the application when it’s offline – there’s a process in Program Files\Microsoft Silverlight\VERSION\ called sllauncher.exe which looks to take the name of the application and launch it – from a quick look with Reflector, it looks like this process is unmanaged so I don’t think there’s too much we can learn about what it’s doing internally but it’s worth stating that one of the roles of this launcher will be to preserve the security context of the original application such that if it came from domain foo.com then the application must run locally as though it was launched from foo.com.

This is one of a series of posts taking a quick look at Silverlight 3 – expect them to be a little “rough and ready” and that they’ll get expanded on as I’ve had more time to work with Silverlight 3.