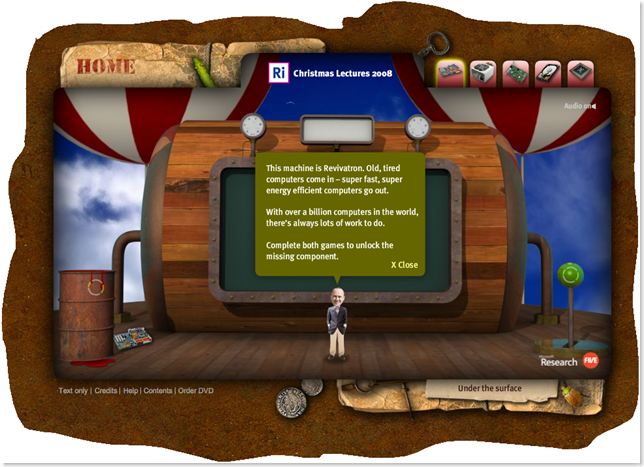 I’ve always been a big fan of the Royal Institution Christmas Lectures and I was surprised to see that this year they were being given by Microsoft’s own Chris Bishop;

I’ve been recording them on the Media Centre and, so far, I’ve only seen the first one which was about the push for computing speed. The audience looked to be approximately 10 years old or so and by the end of the first lecture Chris had got to the point where he’d explained why Moore’s Law wasn’t going to really hold for single-core computers any more and that many-core was the way forward.