When I get a new laptop (or any PC) if it comes pre-loaded with software then I wipe it and start again as, generally, you can get stuck with what now seem to be called (cr)applets from someone who pre-installed the OS for you.

When I got my OS up and running on my Lenovo T61p, I installed the drivers from Lenovo and then I found that I ended up with a bunch of applications that look something like this; 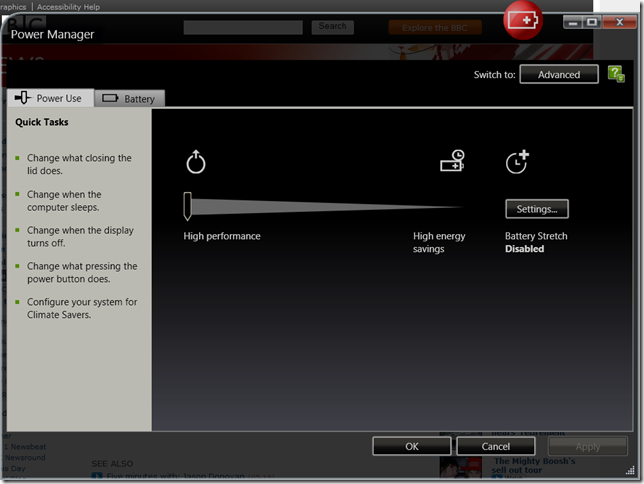 and initially I thought that I’d somehow managed to install the wrong software but, over time, I’ve come to like these applets.

They seem to have a certain aesthetic to them and a responsive way of behaving that I don’t expect from basic, driver-installed applications like this.

I expect them to be dull and boring but these ones seem to have nice UI and nice effects when I interact with them.

Today I got to puzzling over how these things are built and so off I went into Process Explorer and found that they’re actually built with WPF. I then took one (PWMUI.exe) and dropped it into Reflector and, sure enough; 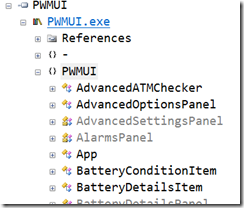 it’s a bunch of .NET code ( apologies to Lenovo if disassembling this invalidates some license, I promise I did no more than just read the names of the functions as above ).

This, to me, says a couple of things;

Go Lenovo! Now, why aren’t you selling the S10 Netbook in the UK? 🙂