Another question from chatting at REMIX UK;

Can Silverlight draw outside the region of its control?

As an example, I might try and lay out my page so that I have; 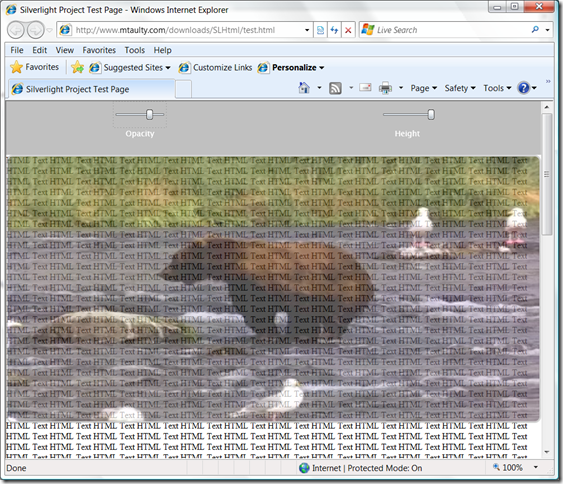 which displays a small amount of Silverlight content at the top of some HTML until you slide the “Height” slider which reveals that the Silverlight content ( with the favourite “bear video” here streamed from Silverlight Streaming ) can seem to expand over the HTML because the control was originally sized that way.

I put the project file here for download if anyone wants it as a starting point for something else.